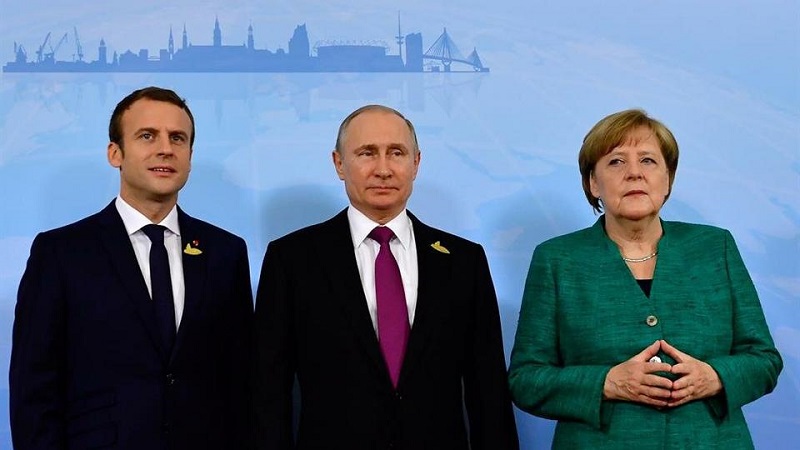 The Kremlin said in a statement that the trio had discussed the outlook for Russia’s flagship Sputnik V vaccine being registered across the EU as well as potential deliveries and joint production of the vaccine inside the EU.

The European Union’s regulator -- the European Medicines Agency -- has yet to grant its approval to Sputnik V, but is reviewing it, and some individual EU member states have either approved it or are assessing it for approval at a national level.

The three leaders also discussed the situation in Ukraine, Belarus, Libya, Syria and agreed to coordinate efforts so that Iran returned to full compliance with its international obligations, the French statement said.

Putin used the call to accuse Ukraine of provoking armed confrontation with pro-Russian separatists and of failing to honour earlier agreements over its war-torn east, the Kremlin said.