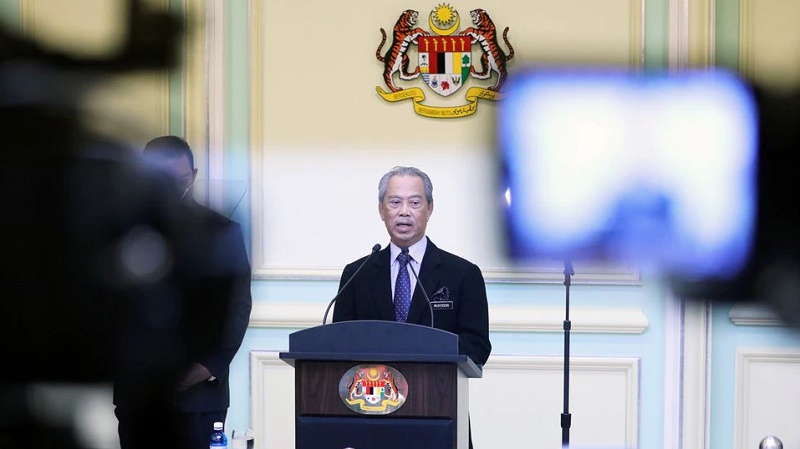 Malaysian Prime Minister Muhyiddin Yassin said on Wednesday he continued to command majority support among lawmakers, defying mounting calls from some of his own allies and the opposition for him to step down, Reuters reports.

Muhyiddin said he will seek a vote on his legitimacy when parliament reconvenes in September and that the Southeast Asian nation's king had agreed with his suggestion.

"I have informed the king that I have received a number of declarations from lawmakers that convinced me that I still have the confidence of the majority of lawmakers at this time," Muhyiddin said in a televised address to the nation.

Muhyiddin has been under growing pressure to quit after King Al-Sultan Abdullah last week issued a rare rebuke of a government move to revoke emergency laws without his approval, an act the palace said ran counter to the constitution.

The United Malays National Organisation (UMNO) party, the biggest bloc in Muhyiddin's ruling alliance, on Wednesday again withdrew support for him and said he had lost the legitimacy to govern.

Some allies have accused Muhyiddin of treason, while opposition lawmakers have urged him to step down for disrespecting the king. Malaysia is a constitutional monarchy and the king is revered across the country's multi-ethnic population

Muhyiddin has governed with a razor-thin majority and led an unstable ruling coalition since coming to power in March 2020.