Manat to be used in all Azerbaijani territories soon, CBA says 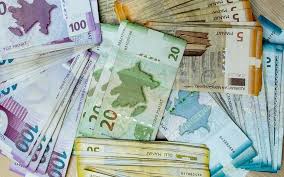 It is possible to say with confidence that the Azerbaijani manat will be used in all Azerbaijani territories soon, said Chairman of the Central Bank of Azerbaijan (CBA) Elman Rustamov.

Rustamov made the remarks during discussions on the state budget for 2021 at a parliamentary meeting on Thursday.

“Azerbaijan gained a brilliant victory under the leadership of the supreme commander in the Armenia-Azerbaijan Nagorno-Karabakh War for the liberation of its territories from the Armenian occupation and it will experience a new period of revival under the influence of this victory next year,” the chairman said.

"Our country will strengthen even more and its international prestige will also increase even more," Rustamov added.