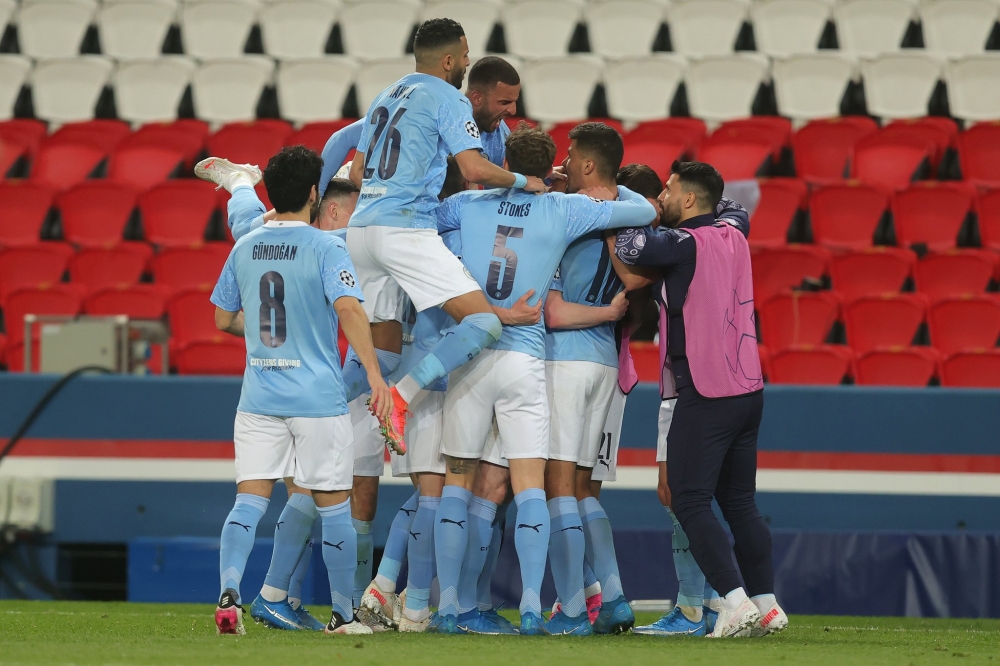 Manchester City took a huge step to move to their first Champions League final with a crucial comeback win against Paris Saint-Germain (PSG) of France on Wednesday, according to Anadolu Agency.

Marquinhos scored the opener for the home side in the 15th minute at the Parc des Princes in Paris.

The English Premier League side came from behind with Kevin De Bruyne and Riyad Mahrez's goals in the second half, taking an advantage heading into the second leg of the semi-final.

PSG's Idrissa Gueye was sent off after receiving a straight red card in the 77th minute.

The second leg will be played at the Etihad Stadium on May 4.