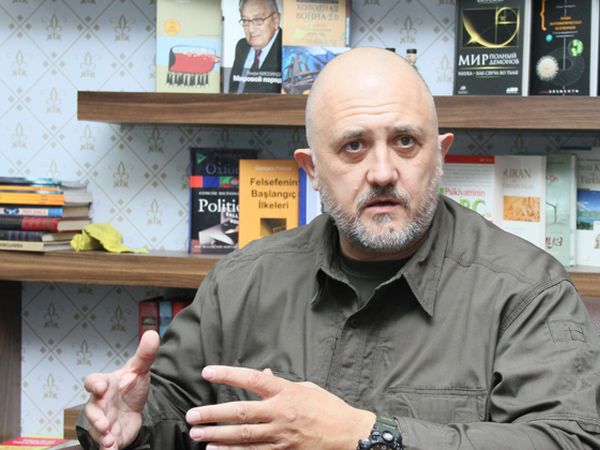 Chairman of the Union of Armenians of Russia Ara Abrahamyan got a little excited talking about the fact that the whole diaspora will stand up as one against "historical enemies" – Azerbaijanis and Turks, Yevgeny Mikhailov, a Russian journalist and expert on interethnic conflicts, told News.Az.

“All this is clear bravado,” said the expert, noting that they [Armenians] are trying to warm up the situation.

Mikhailov stressed that many Armenians are not ready to go to war for the sake of the Pashinyan regime’s interests. “On the contrary, they can unite in order to achieve a new, smarter leadership in Armenia,” he added.

Speaking about the fact that the above-mentioned statements were made by the head of the Armenian diaspora in Russia, Mikhailov said that the country's authorities will not allow a kind of recruitment of volunteer battalions to be organized on their territory.

“The article on mercenary activity and participation in illegal armed groups has not been removed. Of course, persons with dual citizenship can go to war, but in this case, there is no way for them to return to Russia. Moscow is in any case the guarantor of peace in the South Caucasus, and in my opinion, such careless statements by Abrahamyan will be duly assessed by law enforcement agencies if there is a criminal nature,” the expert concluded.