March of Yelk bloc kicks off in downtown Yerevan 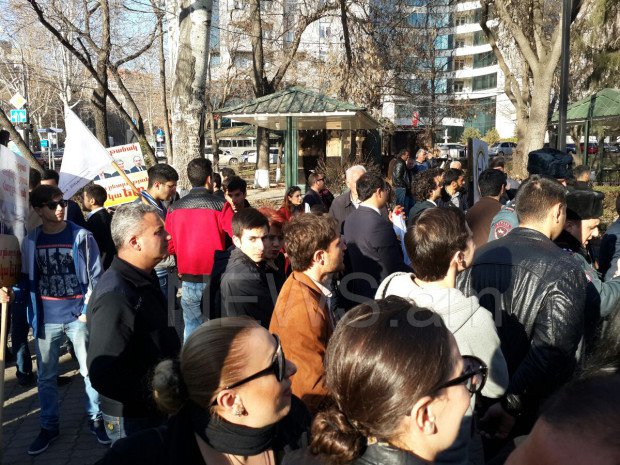 Members and supporters of Yelk (Way Out) bloc have launched a march from the Aznavour Square (near Moscow Cinema) in downtown Yerevan, news.am reports.

Prior to the march, one of the leaders of Yelk bloc, Nikol Pashinyan, stated that they will march by the following route: Moscovyan street-Mashtots Avenue- Amiryan street-Northern Avenue-Central Electoral Commission (CEC) of Armenia.

“Go to the polling stations and confidently vote for Yelk bloc,” Pashinyan urged.

The march participants are scanning ”There is a way out,” “Armenian citizen isn’t sold,” etc.