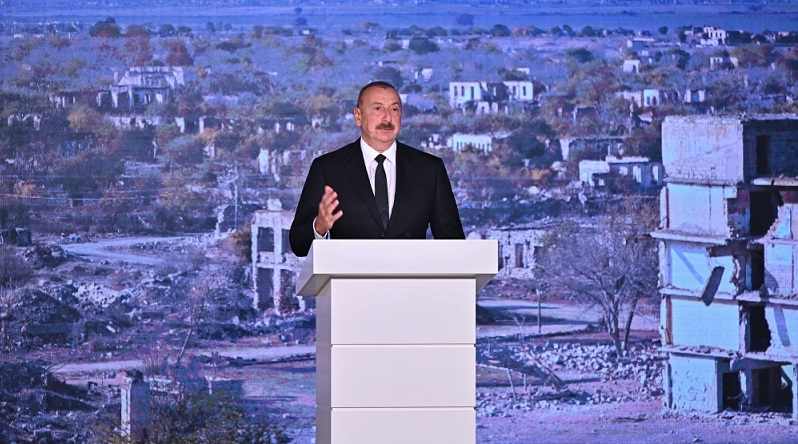 The master plans of all liberated Azerbaijani cities have already been prepared by leading international companies and approved, President Ilham Aliyev said as he addressed the Azerbaijan National Urban Forum in Aghdam on Wednesday, News.Az reports.

“We have huge water resources here, which we have been deprived of during the times of occupation, because Armenians did not only occupy our cities, they occupied our resources,” the head of state said.

“There have been illegal mining, illegal activity of cutting us from water. We were not able to irrigate hundred thousands hectares of land. So, now we are back to our rivers. We are back to our soil, and all the master plans of the cities have already been prepared by leading international companies and approved,” President Aliyev added.