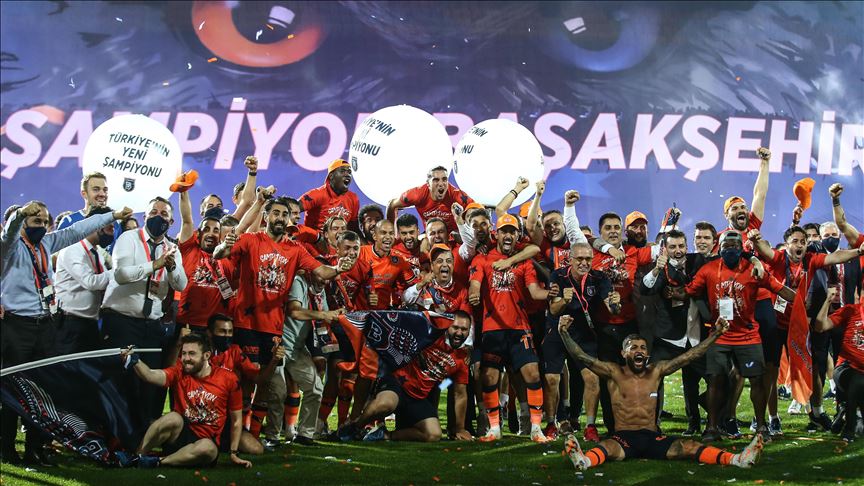 With this goal, Medipol Basaksehir were crowned the league champions, winning the first domestic league title in the club's history.

Meanwhile, in the 33rd minute, Basaksehir was awarded a penalty with a VAR decision but Bosnian midfielder Edin Visca missed it.

Basaksehir's Mehmet Topal became the first player to reach the championship in the history of Turkish Super Lig with three different clubs.

Topal had won the league title with Galatasaray in 2008 and Fenerbahce in 2014.

Basaksehir manager Okan Buruk became the fifth person who won the league title in the history of the Turkish Super Lig as both football player and coach.

Ertugrul Saglam, Aykut Kocaman, Hamza Hamzaoglu and Senol Gunes had clinched the league title as both player and head coach.