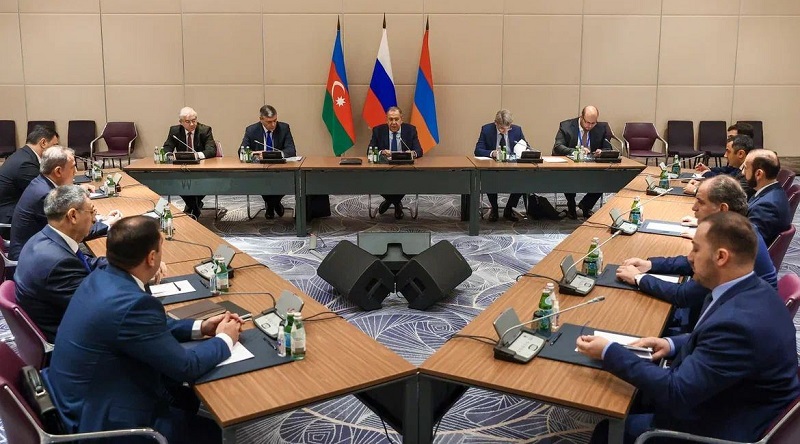 Furthermore, the sides exchanged views on various directions of normalization between Azerbaijan and Armenia. At the opening of communications, Minister Jeyhun Bayramov noted the importance to start practical work based on the progress achieved during the negotiations in the trilateral working group. It was reported that the delimitation commissions have already been established, and two meetings have been held so far. It was brought to the attention that the third meeting is planned to be held in the near future. He stated that Azerbaijan is in favor of carrying out the work in specific directions in this process.

The minister drew attention to the importance of comprehensive implementation of the Trilateral statements. In this regard, the necessity of fulfillment of unimplemented provisions of the statements by Armenia was emphasized. Moreover, the fact of planting landmines in the territories of Azerbaijan and the failure to provide landmine maps by Armenia was noted as a serious problem.

During the meeting, they also exchanged views on other humanitarian issues that help the normalization process.