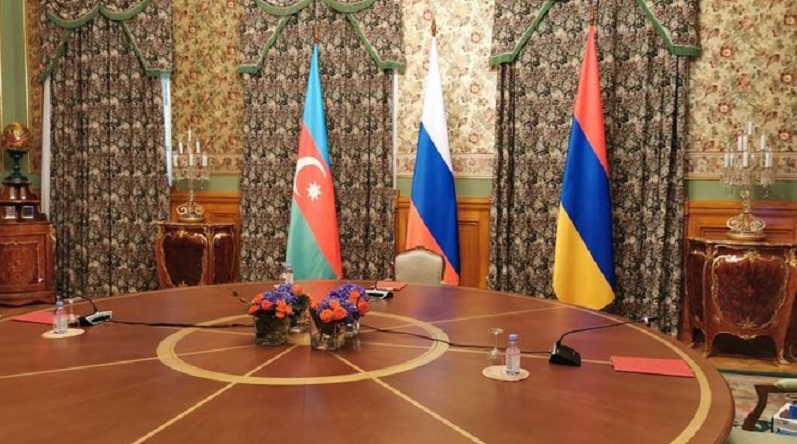 The meeting of foreign ministers of Russia, Azerbaijan, and Armenia - Sergey Lavrov, Jeyhun Bayramov, and Zohrab Mnatsakanyan has begun in Moscow, Russia, according to TASS.

The talks on Armenia-Azerbaijan Nagorno-Karabakh conflict settlement are being held at the Reception House of the Russian Foreign Ministry. A press conference may be held following the talks.

The Azerbaijani and Armenian foreign ministers arrived in Moscow a few hours before the talks.

They were invited to the consultations on the Nagorno-Karabakh conflict settlement by Russian President Vladimir Putin.