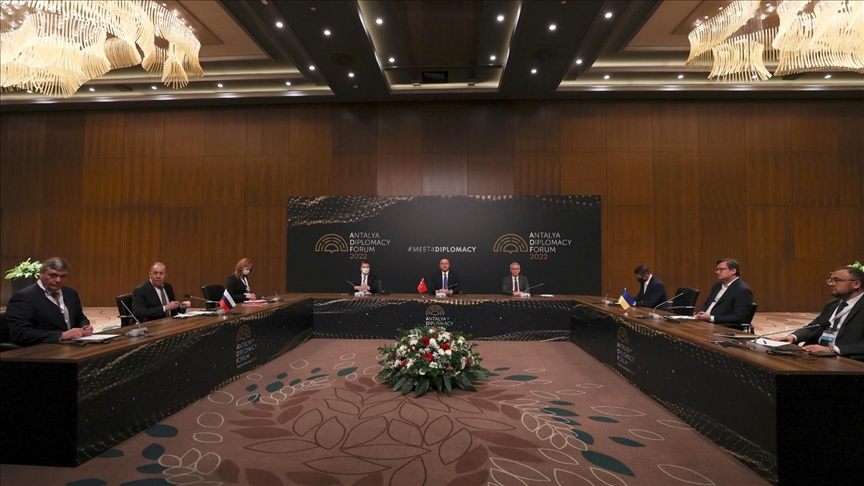 The foreign ministers of Turkiye, Ukraine and Russia held a trilateral meeting on Thursday in Antalya as the Russia-Ukraine war entered its 15th day, News.Az reports citing TRT Haber.

The high-level trilateral took place on the sidelines of the Antalya Diplomacy Forum in Turkiye and lasted for more than an hour.

The first round of negotiations took place on Feb. 28 in Gomel, Belarus near the Ukrainian border and lasted five hours.

The second round was held on March 3 and the third on March 7, both in the Brest region of Belarus.

A trilateral meeting of Turkiye, Ukraine and Russia kicked off in Antalya as the Russia-Ukraine war enters its 15th day, News.Az reports citing TRT Haber.

The high-level trilateral meeting is taking place on the sidelines of the Antalya Diplomacy Forum.

Prior to the trilateral meeting, Cavusoglu separately met with his Ukrainian and Russian counterparts to discuss Ankara’s mediation between Kyiv and Moscow.