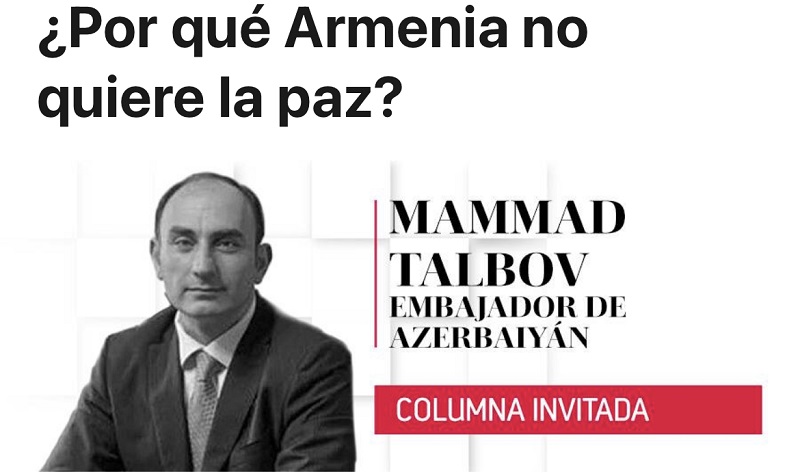 Contra Replica, an influential Mexican newspaper, has published an article, entitled “Why does Armenia not want peace”, by Mammad Talibov, Ambassador of Azerbaijan to Mexico, the Embassy of Azerbaijan told News.Az.

The article provides information about the large-scale provocations committed by the Armenian armed forces in the directions of Dashkasan, Kalbajar and Lachin districts on the border with Azerbaijan on the night of September 12, the mining of the positions between the Azerbaijani army units and the intensive shelling of the Azerbaijani Army’s positions.

The article also notes that in response to the aggression that resulted in the death of 79 people, the Azerbaijani Army took urgent and appropriate measures to suppress the provocations and ensure security in nearby areas. It stresses that during the clashes, Azerbaijan, as a country remaining committed to international law, took retaliatory measures only against Armenia’s military facilities, and as confirmed by the Armenian side, there were no casualties among the civilian population.

The article further says that Azerbaijan is trying to normalize its relations with Armenia in order to establish peace in the region, but Armenia is undermining the peace talks by putting forward unfounded territorial claims.

In the article, it is noted that military provocations serve the interests of Armenia, not Azerbaijan.

The article also stresses that the embassies of Azerbaijan in several countries were recently targeted by the Armenian diaspora, and this aggressive attitude is an indicator of Armenia’s attempts to hinder the efforts of Azerbaijan and international mediators to reach a peace treaty.

The article states that during the demining operations conducted in the liberated Azerbaijani territories, anti-personnel mines made in Armenia in 2021 were detected.

Armenia, by ignoring the provisions of the Trilateral Statement of November 10, 2020, has not yet withdrawn its armed formations from the territory of Azerbaijan, and this fact clearly shows that Armenia continues to grossly violate international law. 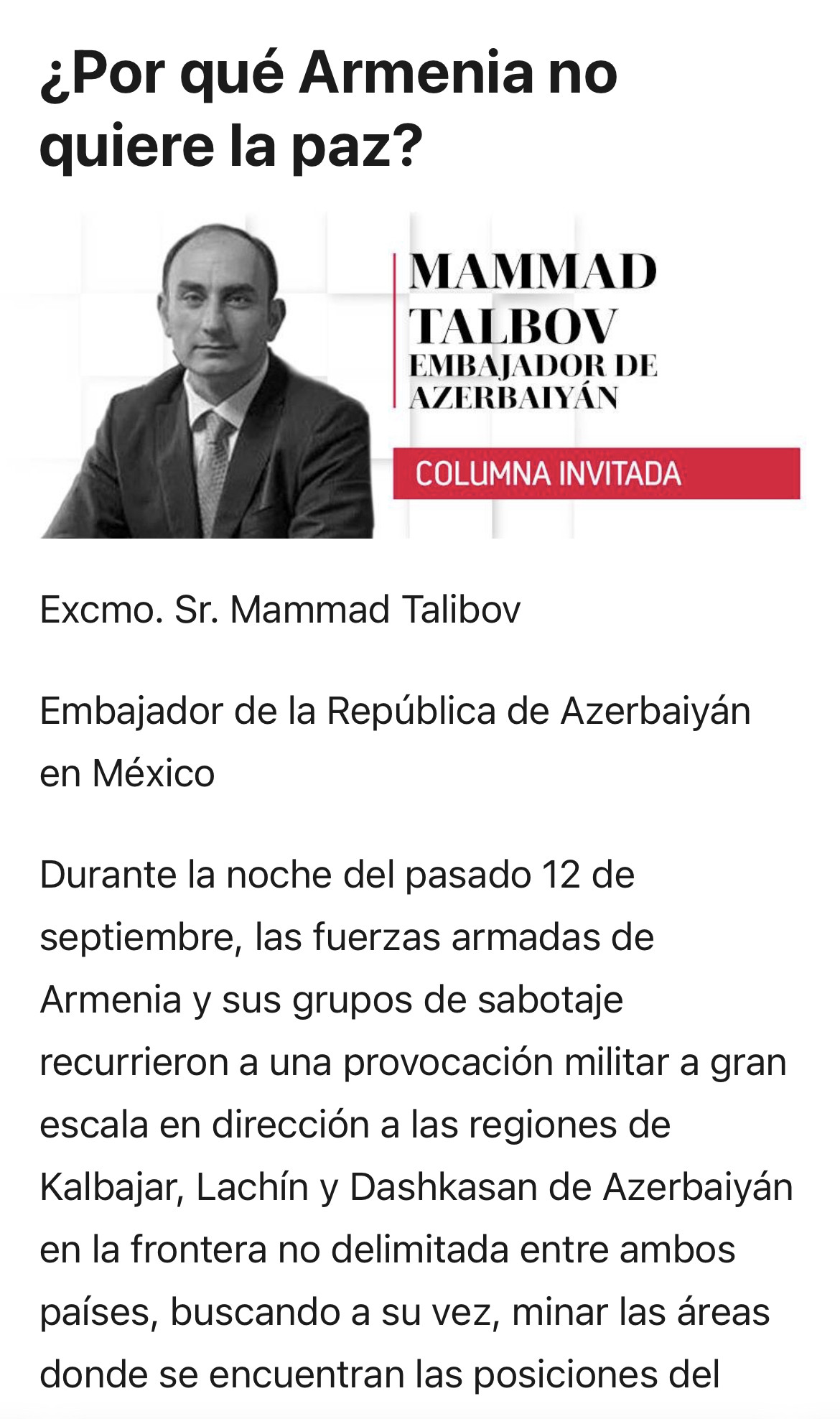