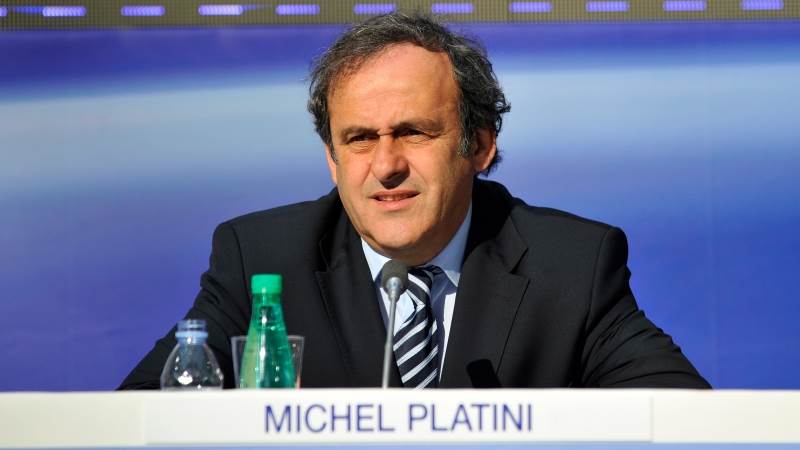 Platini was summoned to the Swiss capital Bern by prosecutor Thomas Hildbrand. Sepp Blatter, the former president of the sport's world governing body FIFA, is due to meet the prosecutor on Tuesday as part of the same probe.

Platini, the former head of European football's governing body UEFA, arrived at the Office of the Attorney General of Switzerland (OAG) complex in a taxi accompanied by his lawyer Dominic Nellen.

Wearing a suit and blue shirt without a tie and carrying a blue folder, he said "hello" towards waiting journalists and smiled briefly as he went to the registration office.

He briefly came out again to enter the main premises through a revolving metal gate.

Platini and Blatter each face interrogation from the public prosecutor as part of the proceedings, which were opened in 2015.

In June, Hildbrand formally added Platini to an investigation into the payment he received from FIFA in 2011 for an advisory job completed in 2002, on suspicion of "complicity in unfair management, embezzlement and forgery in securities".

The 65-year-old former French football great now has the status of "accused" alongside Blatter.

Platini said at the time that the OAG had "confirmed in writing in May 2018" that his case was closed.