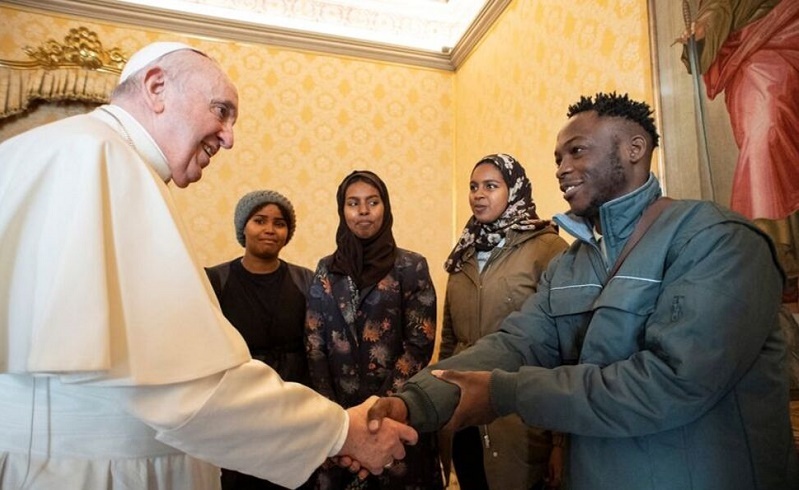 A group of migrants from refugee camps in Cyprus who are being resettled in Italy at Pope Francis' expense helped the pontiff celebrate his 85th birthday on Friday, Reuters reports.

"You saved us," an African boy told the pope during a meeting in the Vatican's Apostolic Palace a day after the 12 arrived from Cyprus.

They wished him a happy birthday and gave him a painting made by an Afghan refugee showing migrants crossing the sea.

They come from Congo Republic, the Democratic Republic of Congo, Cameroon, Somalia and Syria and are the first of 50 people from camps in Cyprus that the pope has pledged to provide for. The rest are due to arrive in the next few months and will be looked after and integrated into Italian society by the Catholic Sant' Egidio charity group.