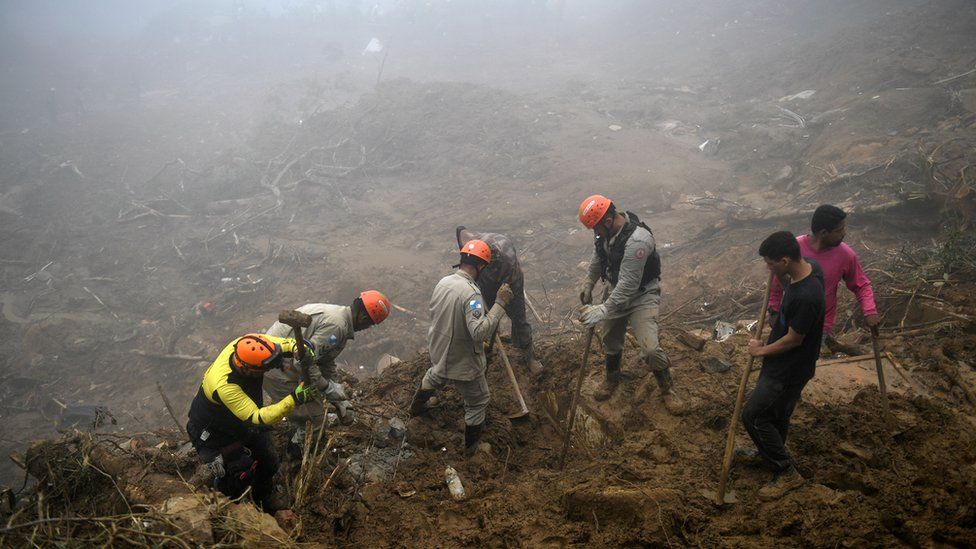 Search and clean-up efforts continue in the Brazilian city of Petrópolis, five days after flash floods and mudslides that have killed at least 171 people, News.Az reports citing BBC.

The victims include at least 27 children and teenagers, while more than 120 are still missing, officials say.

Repeated downpours have hampered the work of emergency teams, with authorities saying it is unlikely anyone will be found alive.

About 900 people are being housed in schools and shelters.

Workers are digging with spades and shovels through the rubble and muck, with teams of volunteers helping in the efforts.

The search is being carried out with hand tools and chainsaws in unstable areas, with teams being helped by 41 sniffer dogs.

"It's impossible to bring in heavy machinery up here," Roberto Amaral, co-ordinator of the local fire department's special rescue group, told AFP news agency. "So we basically have to work like ants, going little by little."

In one of the worst-hit neighbourhoods, up to 80 houses on a hillside were hit by landslides.

On Sunday, a massive clean-up effort retrieved more than 300 vehicles that had been swept away by the floods as the city, a popular tourist getaway north of Rio de Janeiro, tries to reopen for business.

"We need our streets clear so we can speed up the job of getting our city back on its feet," Mayor Rubens Bomtempo said.

Tuesday's rainfall exceeded the average for the whole of February, triggering landslides and floods. President Jair Bolsonaro, who flew over the disaster zone on Friday, said the city was suffering from "enormous destruction, like scenes of war".