More than 1,400 U.S. flights canceled by winter storm in Northeast 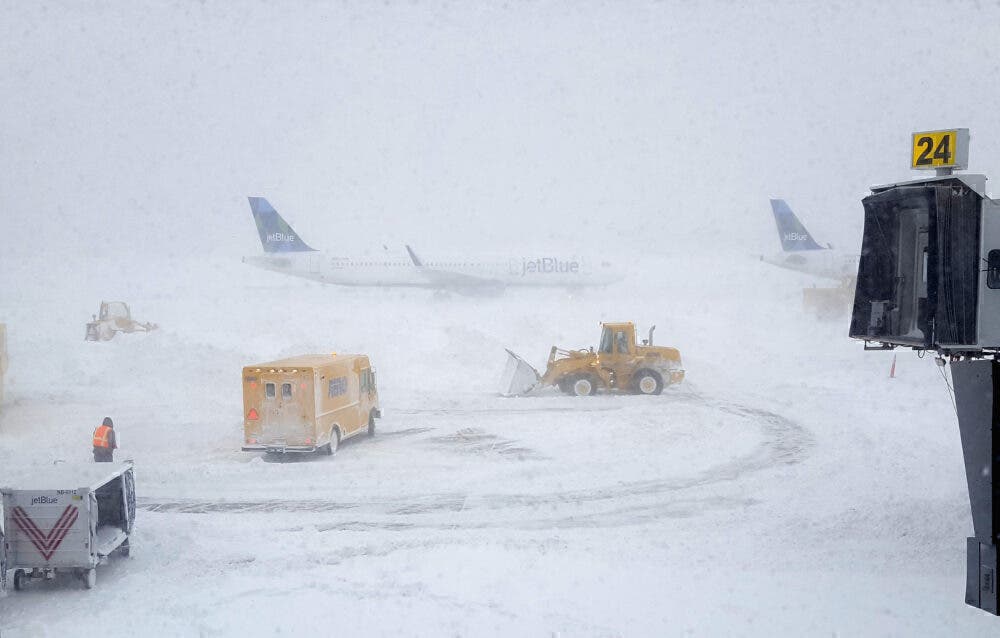 More than 1,400 U.S. flights were canceled on Sunday after the nation's northeast states were walloped a day earlier by a deadly winter storm that prompted several states to declare emergencies, News.Az reports citing Reuters.

The total number of flight cancellations within, into, or out of the United States was about 1,450as of Sunday afternoon, according to flight-tracking website FlightAware.com. Another 1,774 U.S.-related flights were delayed, the data showed.

The fierce winter storm on Saturday dropped more than 2 feet (60 cm) of snow on some areas while packing high winds, prompting thousands of flight cancellations and leading governors in Rhode Island and other states to curtail access to the roads.

New York's Long Island town of Islip was the hardest hit statewide, Governor Kathy Hochul told WCBS-TV on Sunday. "We're going to give them the golden snowball award for this week, this storm. They were at 24.7 inches," Hochul said.

"The storm moved out of our region last night, but we expect to be clearing more roads … and working with our utilities throughout the day today and tomorrow," Massachusetts Lieutenant Governor Karyn Polito said at a Sunday morning briefing.

In neighboring Canada, the worst of the cold weather was over in Atlantic Canada, but many communities were dealing with residual blowing snow, rain, strong winds and storm surge on Sunday, according to the Weather Network channel.