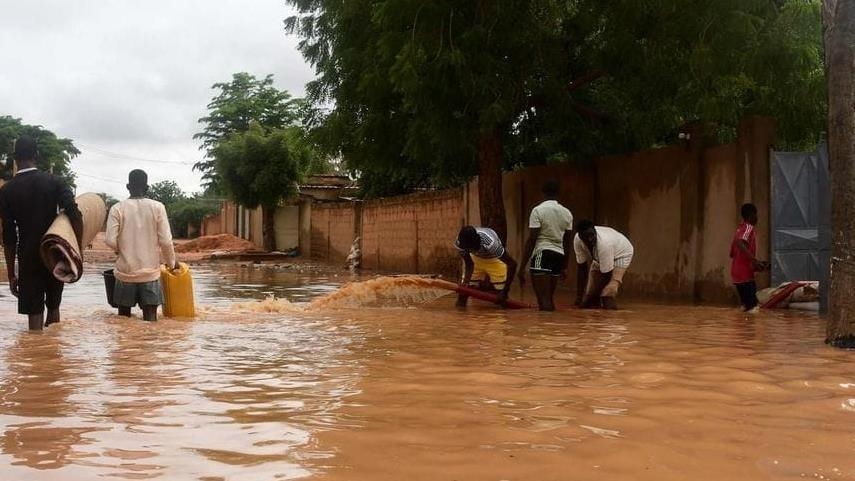 More than 3.4 million people have been displaced by destructive flooding in West and Central Africa, the UN Refugee Agency said on Friday, calling for urgent funding to address their surging needs, News.Az reports citing Anadolu Agency.

Hundreds of lives have been lost in Nigeria, Chad, Niger, Burkina Faso, Mali, and Cameroon, according to UNHCR spokesperson Olga Sarrado.

In Nigeria, flooding has killed hundreds and displaced over 1.3 million people, while more than 2.8 million have been impacted, with floodwaters ravaging camps for internally displaced people and host communities in Borno, Adamawa, and Yobe states.

In Cameroon, more than 63,000 people were affected by the flooding from two rivers in the districts of Kousseri, Zina, Makari, Blangoua and Logone Birni.

In Chad, floods have affected more than 1 million people, prompting the government to declare a state of emergency last week.

Niger, Mali, and Burkina Faso have seen above-average rains and floods that have killed hundreds, displaced thousands, and destroyed over 1 million hectares of cropland, according to the UNHCR.

Some 379,500 internally displaced people live in Burkina Faso’s flood-affected areas – in the Sahel, Central North and Northern regions, while in neighboring Niger over 32,000 people have been impacted in the Diffa region, Sarrado said.

“Countries and communities on the frontlines of the climate crisis need urgent support and financing to build defenses, to adapt, and to minimize the most harmful consequences,” she said.

The UNHCR has received only 43% of the funds it needs for Chad in 2022, while operations in Burkina Faso this year have been funded just 42%, she added.

“With less than two months left, we have received 39% of the funds needed in Nigeria and 53% in Niger. UNHCR is appealing to all donors for urgent support to our life-saving work in West and Central Africa,” Sarrado said.