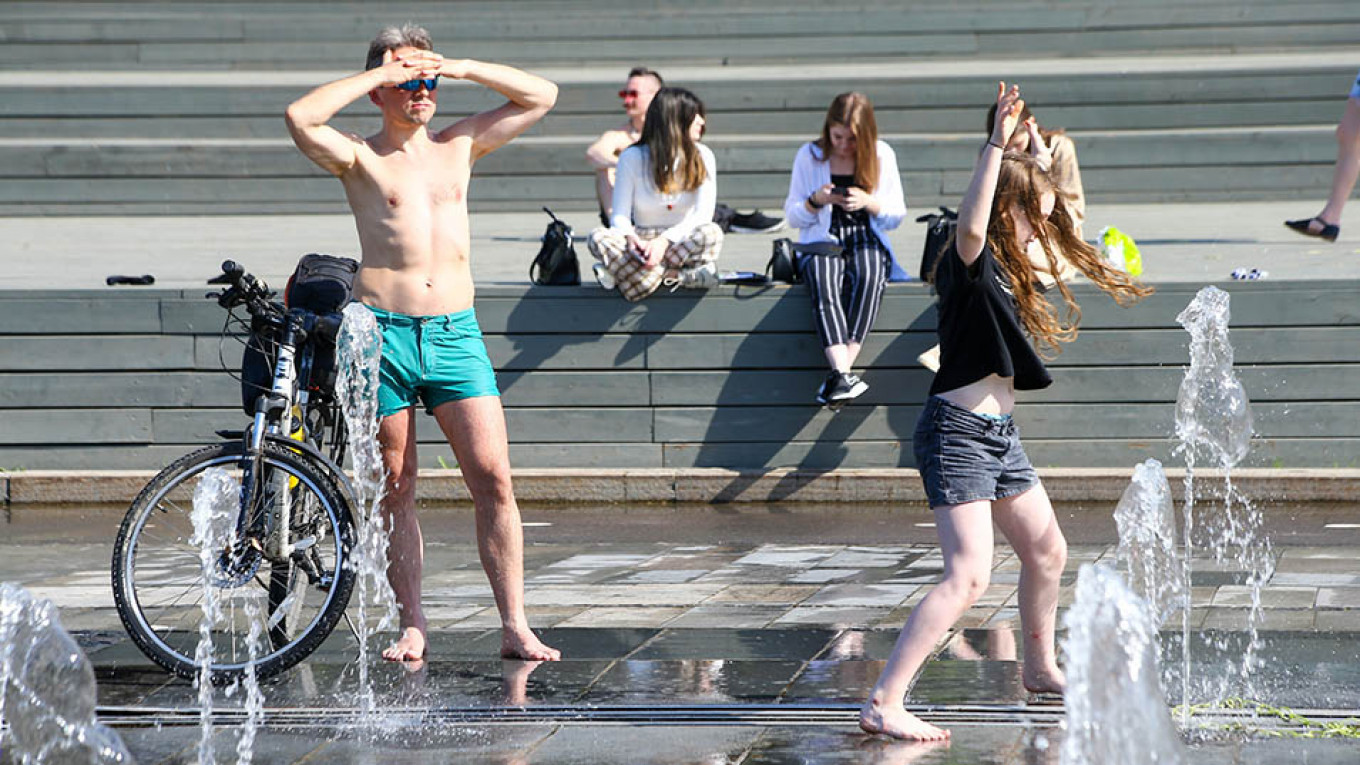 Moscow has been hit by a historic heat wave this week, with temperatures reaching a 120-year record due to the effects of climate change, Russia's weather service said Tuesday, AFP reports.

On Monday the temperature in the Russian capital hit 34.7 degrees Celsius (94.5 degrees Fahrenheit), according to Roshydromet, matching the record for a June day hit in 1901.

The weather service, which has kept records since 1881, is forecasting temperatures above 35 degrees Celsius (95 degrees Fahrenheit) on Thursday and Friday.

"The increase in temperatures recorded in Moscow for these days is unprecedented in 120 years," Roshydromet meteorologist Marina Makarova told AFP.

"This is because of global climate change."

The highest-ever recorded temperature in Moscow -- more than 38 degrees Celsius (100.4 degrees Fahrenheit) -- was recorded in July 2010 when much of western Russia was hit by a massive heat wave and huge fires.

Heat waves have become more likely due to climate change, scientists say. As global temperatures rise over time, heat waves are predicted to become more frequent and intense, and their impacts more widespread.

Russia has set numerous heat records over the past few years and in June last year registered temperatures of 38 degrees Celsius (100.4 degrees Fahrenheit) in the town of Verkhoyansk -- the highest temperature recorded above the Arctic circle since measurements began.

The rising temperatures have contributed to devastating floods and forest fires that have affected Siberia with increasing regularity over recent years.

They are also contributing to the melting of Russia's permafrost, which covers about two-thirds of the country's large territory.