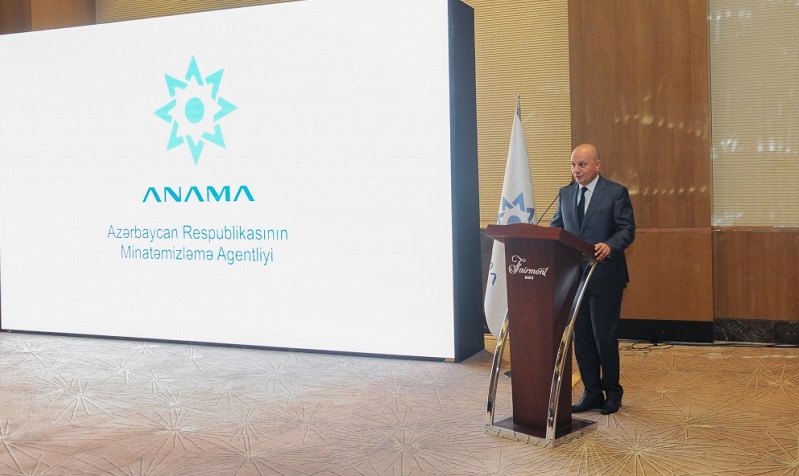 After the Patriotic War, Azerbaijan’s Mine Action Agency (ANAMA) faces new objectives to clear the country’s liberated territories of mines and unexploded ordnances, Chairman of the ANAMA Board Vugar Suleymanov said.

He made the remarks while speaking at the ceremony of unveiling of the new logo of the agency, News.Az reports.

Suleymanov recalled that a large number of landmines were planted by Armenia in Karabakh during the occupation.

Highlighting the improvement of ANAMA’s financial and technical base, Suleymanov noted that the most innovative equipment is being used in the demining process carried out in the liberated territories.