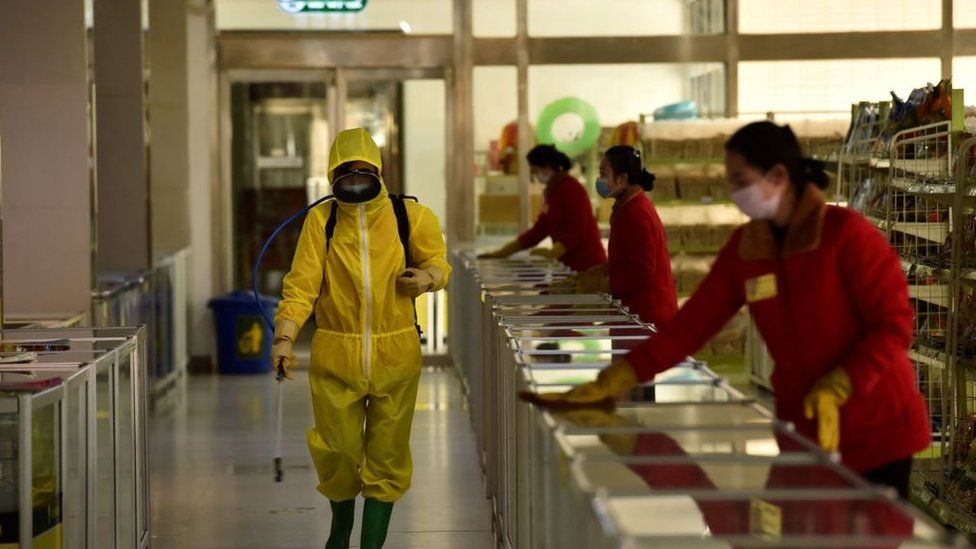 North Korea's new suspected coronavirus cases bounced back to above 100,000 for the first time in three days, its state media said Monday amid speculation that Pyongyang may be moving to relax some of its antivirus measures, News.Az reports citing Yonhap News Agency.

More than 100,710 people showed symptoms of fever and one death was reported over a 24-hour period until 6 p.m. the previous day, the official Korean Central News Agency (KCNA) said, citing data from the state emergency epidemic prevention headquarters.

The total number of fever cases reported since late April came to more than 3.55 million as of 6 p.m. Sunday, of which more than 3.36 million have recovered and at least 188,530 are being treated, it added. The death toll stood at 70.

The country's daily fever tally has been on a downward trend after peaking at over 392,920 on May 15. The number dropped below 100,000 on Friday and Saturday.

North Korea did not release its fatality tally for those dates, but no additional deaths appear to have been reported as the total death toll as of Sunday remained unchanged.