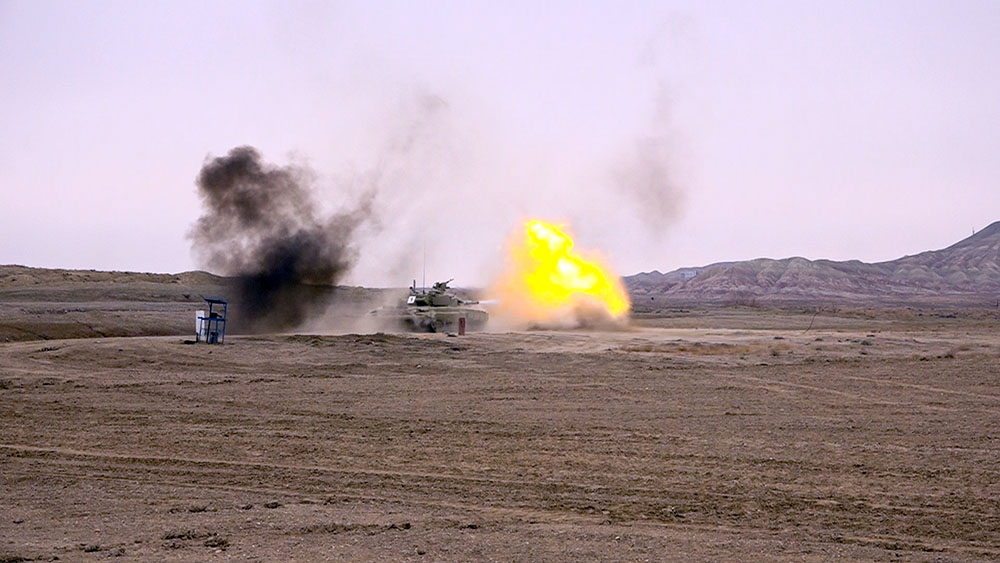 In the Nakhchivan garrison troops, where the main attention is paid to improving the knowledge, skills, and abilities of the command staff, command training classes with commanders and deputy commanders of battalions and batteries were held, the Defense Ministry of Azerbaijan told News.Az.

The main attention at the command training classes held in accordance with the Combat Coordination Plan of the Nakhchivan garrison troops for 2022 was paid to improving the officers’ skills in unit management and instilling a sense of self-confidence in a creative approach to organizing events.

At the classes held in the Civil Defense Regiment and the Special Risk Rescue Service of the Ministry of Emergency Situations of the Nakhchivan Autonomous Republic, information was provided on the tactical and technical characteristics, rules of operation, maintenance and repair of fire trucks and fire-technical equipment, rescue boats and other means, as well as on the rules for using diving equipment of the rescue divers team.

During the classes, which were held on the prevention of accidents, detection and extinguishing of fires, protection and safe evacuation of military personnel, weapons, equipment, and property, the sequence, rules, and methods of search-and-rescue operations, emergency-rescue operations, and other urgent activities were practically demonstrated using the experience gained in international exercises.

At command and staff exercises with the battalion, division commanders, and their deputies, the methodology for organizing and preparing tactical exercises was shown, taking into account the experience gained during the Patriotic War as well as the importance of operational-tactical calculations in planning troop actions, and making decisions was noted.

With the use of modern tank equipment in combat at night and during the day, practically has shown protecting from the conventional enemy's fire strikes and perform firing tasks by passing through minefields and obstacles.

Along with the provision of formation, units, and subunits with material and technical means, the issues of the evacuation of equipment damaged from the battlefield and natural obstacles, bringing it back to readiness, and the operation of repair shops were developed.