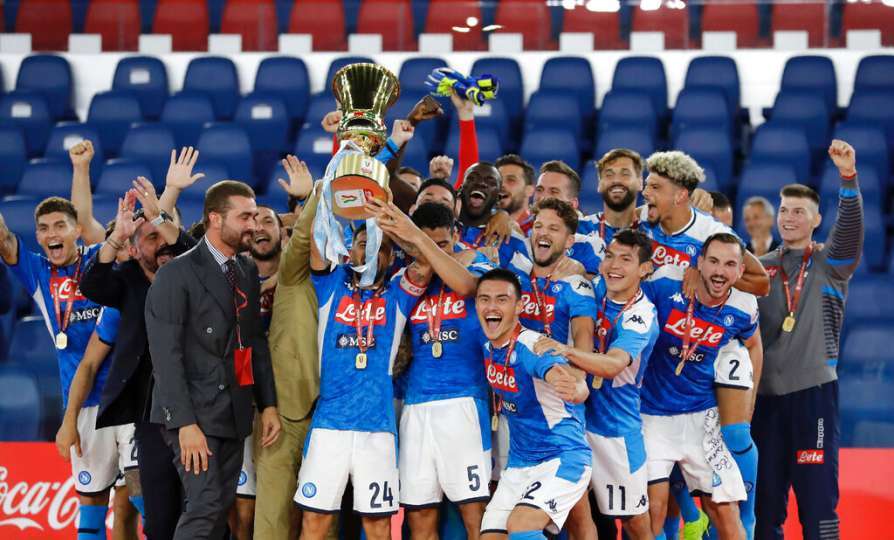 Both teams were not able to break the deadlock at Rome's Stadio Olimpico and the match went to penalties.

Lorenzo Insigne, Matteo Politano, Nikola Maksimovic and Arkadiusz Milik scored their penalties for Napoli while Paulo Dybala and Danilo both missed their spot kicks for Juventus.

Aaron Ramsey and Leonardo Bonucci scored their penalties for Juventus, but Napoli won the shootout 4-2 and lifted the cup.

The final was played behind closed doors, with Napoli’s players lifting the trophy and receiving their medals by themselves during the ceremony because of coronavirus measures.

Napoli won their sixth Coppa Italia and for the first time since 2014.