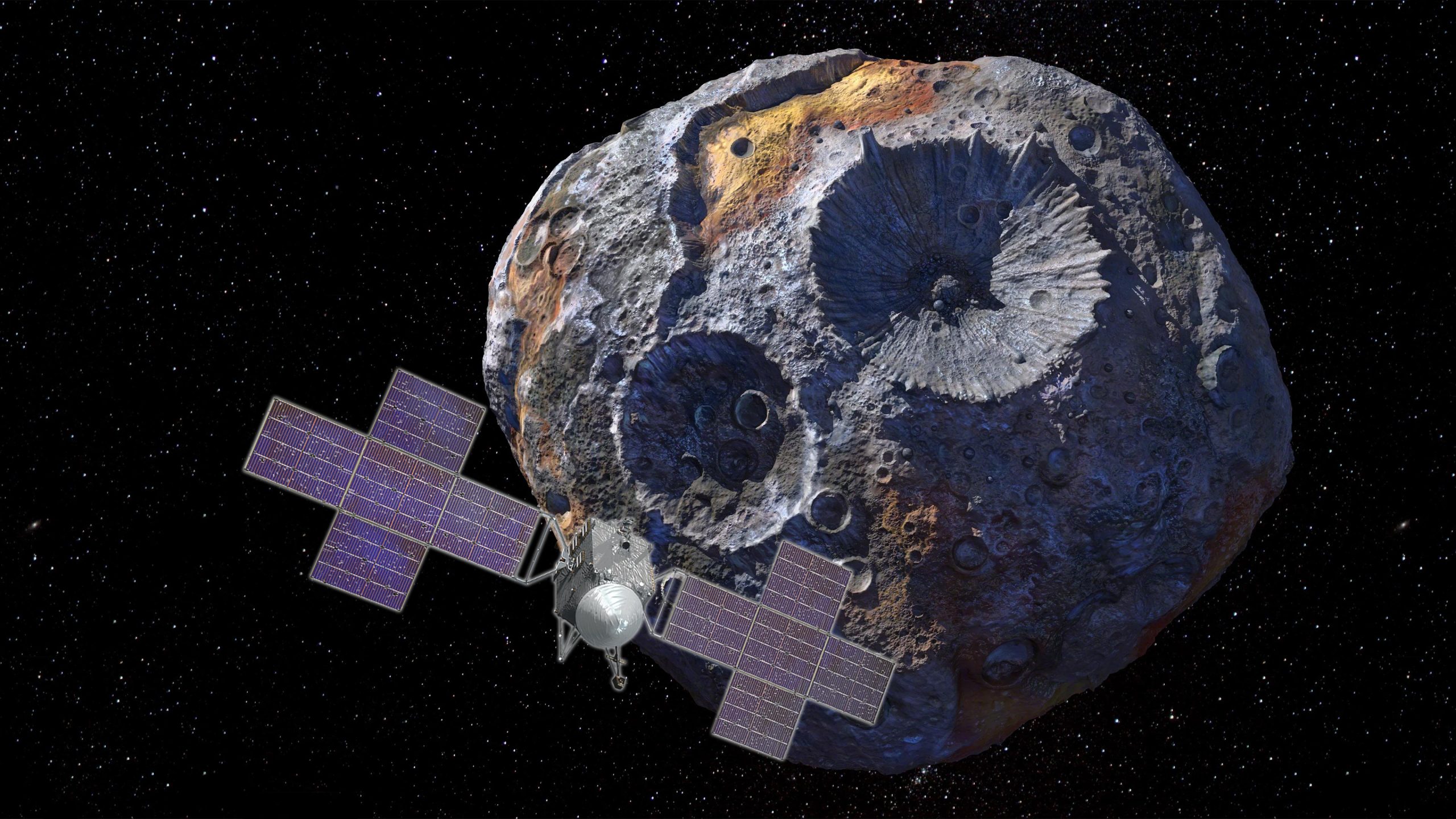 Engineers are putting the final touches on NASA’s Psyche spacecraft, which is set to launch from Cape Canaveral, Florida, in August on its journey to a metal-rich asteroid of the same name, News.Az reports citing NASA.

Members of the media got a chance to see the spacecraft up close in a clean room at the agency’s Jet Propulsion Laboratory on Monday, April 11. Reporters also interviewed mission leaders, including Psyche’s principal investigator, Lindy Elkins-Tanton from Arizona State University, and its project manager, Henry Stone from JPL.

“Welcoming reporters into the clean room gives the public a glimpse of the years of hard work that have gone into this mission,” said Brian Bone, Psyche’s assembly, test, and launch operations manager at JPL. “Thanks to the Psyche team’s determination and skill, we’re in the final stretch of readying the spacecraft to head out to our launch site in Florida."

To prevent the van-size spacecraft from bringing Earth bacteria into space, reporters wiped down their equipment with isopropyl alcohol and donned protective smocks and hair coverings before entering the High Bay 2 clean room in the Lab’s storied Spacecraft Assembly Facility.

NASA is set to ship Psyche to the agency’s Kennedy Space Center in Florida for launch this summer.

The spacecraft will fly by Mars for a gravity assist in May 2023 and, in early 2026, orbit around asteroid Psyche in the main asteroid belt between Mars and Jupiter. Scientists think the asteroid, which is about 173 miles (280 kilometers) at its widest point, may consist largely of metal from the core of a planetesimal, one of the building blocks of the rocky planets in our solar system: Mercury, Venus, Earth, and Mars. If so, it could provide a unique opportunity to study how planets like our own Earth formed.

The mission has been in the phase known as assembly, test, and launch operations since March 2021. Optimal launch periods to the main asteroid belt are limited, so over the last year, the team has worked against the clock to complete assembly. They recently attached the largest solar arrays ever installed at JPL and have put the spacecraft through a series of rigorous tests to simulate the extreme conditions that a NASA spacecraft endures. After undergoing electromagnetic, thermal-vacuum, vibration, shock, and acoustic testing, Psyche has been cleared to proceed. The launch period opens Aug. 1.