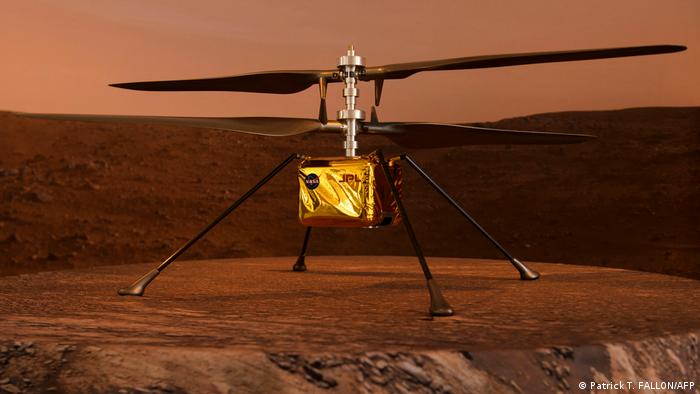 The US space agency says it expects now to fly the first helicopter on Mars in early April, BBC reports.

The little chopper was carried to the Red Planet by the Perseverance rover, which made its dramatic landing in Jezero Crater just over a month ago.

If successful, it would represent something of a "Wright Brothers moment", says Nasa.

This is a reference of course to Orville and Wilbur Wright, who in 1903 conducted the historic first heavier-than-air, powered aircraft flight here on Earth.

And to mark the connection, the agency revealed that a postage stamp-sized piece of fabric from a wing of the brothers' plane has been taped to Ingenuity.

At the moment, the chopper is still attached to Perseverance, to its belly. A protective covering was released at the weekend and in the coming days the craft will be lowered to the ground.

Engineers have identified a 10m by 10m area in Jezero that they're calling the "airfield".

This is at one end of a 90m "flight zone", inside which perhaps five sorties will be performed.

Perseverance will endeavour to record everything on camera.

"We are going to do our very best to capture Ingenuity in flight," said Nasa engineer Farah Alibay.

Ingenuity is built to be extremely light. It has to be in order to achieve lift in the thin atmosphere of Mars.