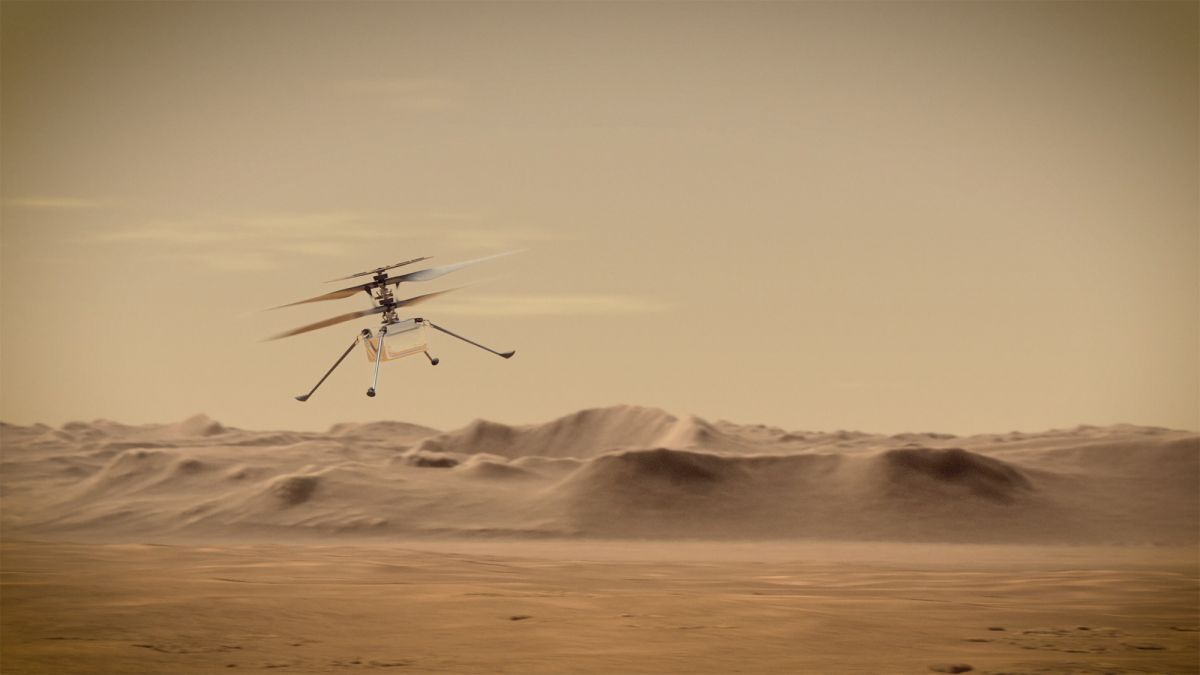 Ingenuity took off again at 5:33 a.m. Eastern Daylight Time. The new flight, following the first one on Monday, lasted 51.9 seconds, and the helicopter climbed to 5 meters.

After the helicopter hovered briefly, its flight control system performed a slight tilt, allowing some of the thrust from the counter-rotating rotors to accelerate the craft sideways for 2 meters.

Ingenuity arrived at Mars' Jezero Crater on Feb. 18, attached to the belly of NASA's Perseverance rover. The helicopter is a technology demonstration with a planned test flight duration of up to 30 Martian days.

Deployed to the surface of Jezero Crater on April 3, Ingenuity is currently in its 30 Martian days flight test window.