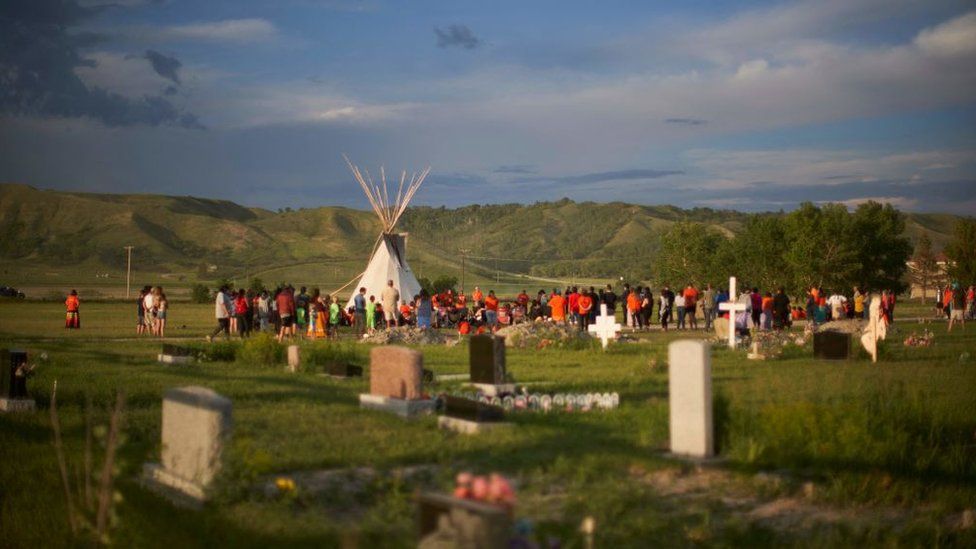 An Indigenous nation in Canada said it has found the remains of 182 people near the grounds of a former residential school in British Columbia, BBC reported.

The Lower Kootenay Band said it is too early to say if the remains belonged to former students of the school.

But the discovery adds to a rising tally of such unmarked grave sites across the country.

The grim finds have prompted national outrage and fuelled calls by some to cancel the 1 July Canada Day holiday.

Indigenous leaders have said they expect more graves will be found as investigations continue.

"You can never fully prepare for something like this," said Chief Jason Louie of the Lower Kootenay Band, which is a member of the Ktunaxa Nation.

The community of ʔaq'am, one of four bands in the Ktunaxa Nation, used ground-penetrating technology to uncover the gravesites close to the former St Eugene's Mission School near Cranbrook, British Columbia.

Some remains were found in shallow graves, only 3-4ft deep, the Lower Kootenay Band said in a statement.