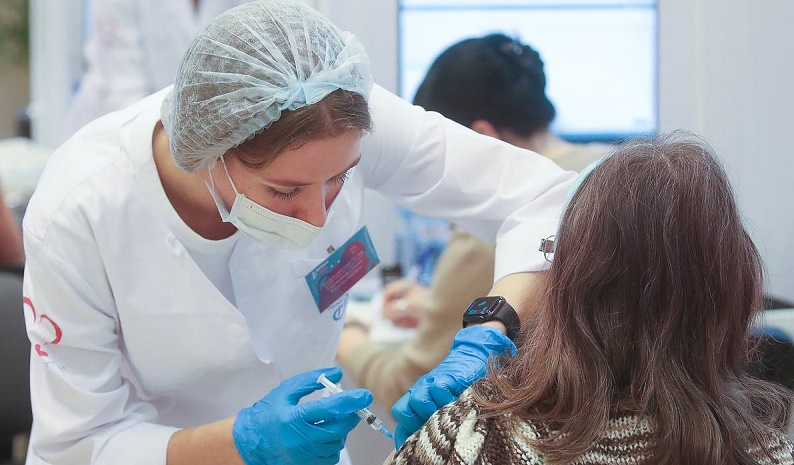 More than 72 million Russians have received at least one dose of a coronavirus vaccine and nearly 65 million of them have received both shots, Russian Health Minister Mikail Murashko said on Tuesday, TASS reports.

"More than 72 million of our citizens have been inoculated so far, with nearly 65 million people having completed the vaccination process. According to the latest data, over 62% of adults have been immunized," he said.

According to the minister, more than 61% of the elderly people in Russia have received a coronavirus jab. "We observe a good trend among people older than 65: 61.7% of them have been vaccinated. I think this is a tendency that should be continued," he noted.

According to the latest statistics, around 266.5 million people have been infected worldwide and more than 5.2 million deaths have been reported.

To date, 9,864,845 coronavirus cases have been confirmed in Russia, with 8,565,091 patients having recovered from the disease. Russia’s latest data indicates 283,644 fatalities nationwide. The Russian government set up an Internet hotline to keep the public updated on the coronavirus situation.