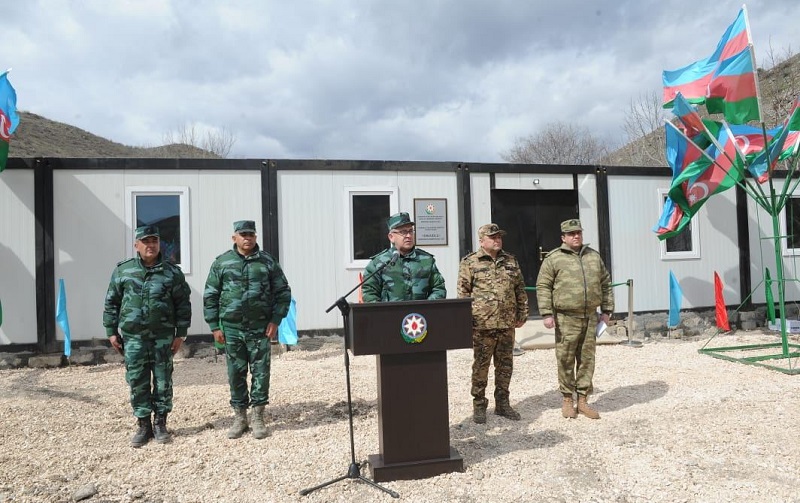 A new military unit, the border commandant's office of the Azerbaijani State Border Service, launched its activity in Gubadli district on the state border with Armenia on March 19.

Deputy chief of the service, Lieutenant-General Azad Alakbarov made a speech at the event, dedicated to the opening of the military unit.

Alakbarov conveyed the congratulations of Head of the State Border Service, Colonel-General Elchin Guliyev to the personnel on the occasion of the beginning of the activity of the new military unit.

The event coincided with the triumphal period of the country in connection with a historic victory in the second Armenia-Azerbaijan Nagorno-Karabakh War, as well as the Novruz holiday, which is a symbol of the national and spiritual heritage and traditions of Azerbaijani people.

At the end of the event, a ceremony was held to award a group of servicemen who distinguished themselves in the military service.

The representatives of the military prosecutor's office of Azerbaijan attended the opening ceremony. They congratulated the Azerbaijani border guards on the beginning of the activity of the new military unit and Novruz holiday, wished them success in their selfless work to reliably protect the state borders.

Then the participants reviewed the conditions created for the military personnel of the border commandant's office.