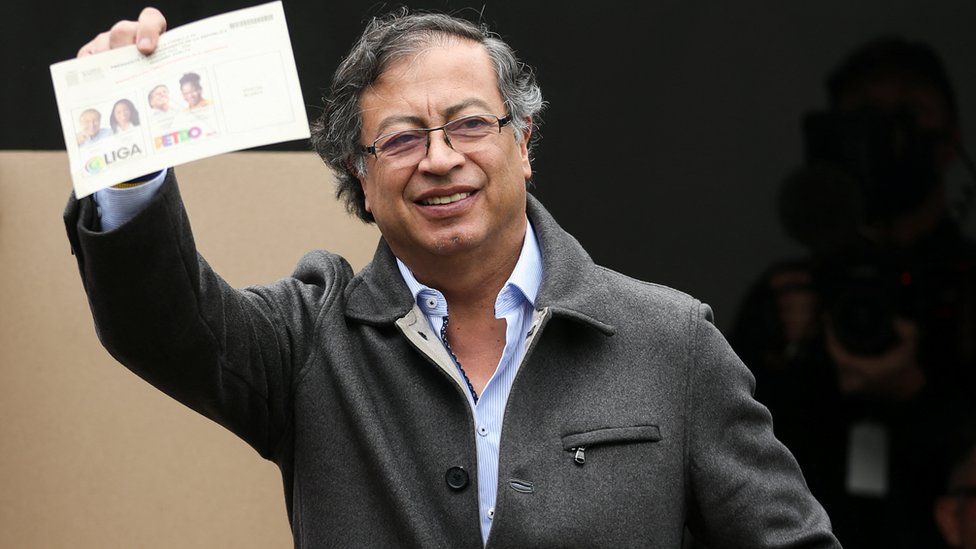 With almost 99% of the vote counted, Petro won 50% compared with 47% for his opponent, Rodolfo Hernandez, according to figures published by Colombia´s electoral authority.

For months now, Petro has been touring Colombia, advocating change in a country that has recently seen its population rise up in protest against poverty, inequality and a lack of opportunity.

Petro, a 62-year-old legislator, was a member of the M-19 guerrilla group, which demobilized in the early 1990s. He later became a senator and the mayor of Colombia’s capital, Bogota. In his third attempt for the presidency, he has been promising to redistribute the country’s pension system and end oil extraction.