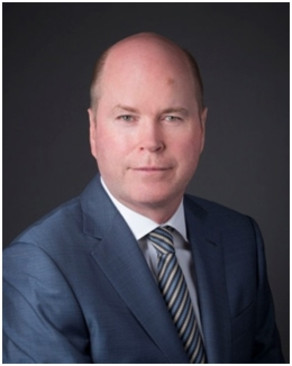 BP announced today the appointment of Gary Jones as the new Regional President for Azerbaijan, Georgia and Turkey (AGT), with effect from 2 April 2017. Report informs referring to BP-Azerbaijan that Gary will be based in Baku, Azerbaijan.

Gary will succeed Gordon Birrell, who has successfully led BP’s regional business since November 2012. Gordon’s new role will be BP’s Chief Operating Officer, Production, Transformation and Carbon based in BP’s headquarters in London.

Bob Dudley, BP’s Group Chief Executive, said: “Gary is an experienced global oilman, a mature business leader, and as someone who has led BP’s global wells function for many years he brings a deep technical understanding of our operations in the Caspian. Gary has managed some of BP’s most important assets such as Rumaila and the fields in the North Sea. As BP celebrates its 25th anniversary in Azerbaijan it is our firm intention to continue the success of our business in the region through even closer cooperation with all our stakeholders. As BP’s new Regional President Gary will continue our successful partnership here building on the great achievements in all of BP-operated projects.”

“Taking this opportunity I would like to thank Gordon for his leadership and commitment to BP’s success in Azerbaijan, Georgia and Turkey. He has led our business in the region for more than four years and has achieved numerous successes and milestones based on an excellent relationship and cooperation with the Government, SOCAR and our partners.”

“I would also like to wish Gary and Gordon every success in their new roles”.

Gary Jones is a proven business leader with over 30 years of experience. He is currently BP’s global head of drilling, completions and wells.

Notably, Gary began his career with BP in 1981 and has held many leadership positions in drilling, operations and projects. In his early years, Gary held various engineering and technical posts in drilling and wells, working in deepwater operations in the Gulf of Mexico, the North Sea, as well as multiple drilling operations in China, Holland and Africa.

Gary holds a degree in Chemical Engineering from Birmingham University.