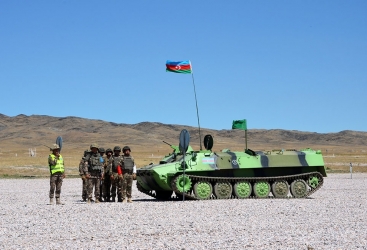 The next stage of the "Masters of Artillery Fire" contest held as part of the "International Army Games - 2022" in the Guards garrison of the Republic of Kazakhstan was conducted, Azerbaijan’s Ministry of Defense told News.Az.

The second crew of the Azerbaijani team also successfully performed at the individual stage. Having overcome an obstacle course and a minefield, Azerbaijani artillerymen destroyed the designated targets with accurate fire using machine guns, mortars, grenade launchers, and assault rifles.