No clear evidence on who launched missile, Polish president says 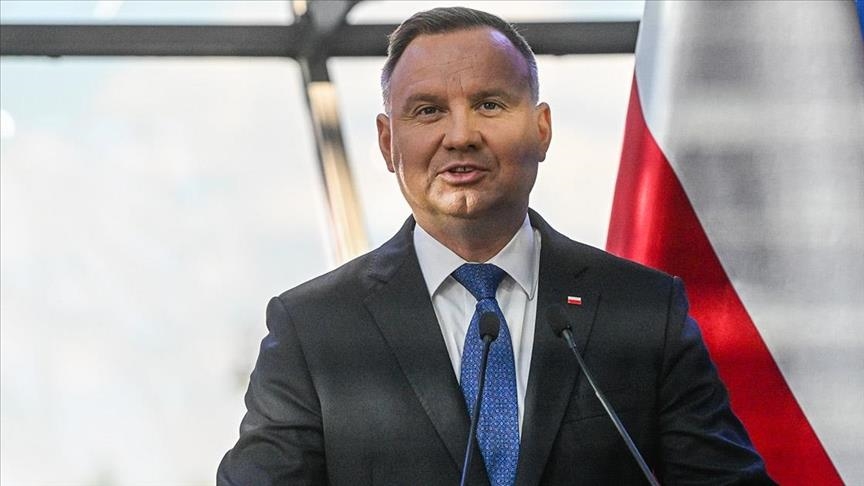 There is no clear evidence at the moment on who launched the missile on Polish territory, the country’s president said Wednesday, News.Az reports citing Anadolu Agency.

"We know that there were Russian missile attacks on Ukraine practically all day, but we do not have any clear evidence at the moment on who fired the rocket. Investigation is still underway," Andrzej Duda told Polish news agency PAP a day after a suspected missile attack on Poland -- near its border with Ukraine -- killed two civilians.

"Most likely it was a rocket of Russian production, but all this is still under investigation," he added.

Duda said that military experts and prosecutors are working on the scene and welcomed US President Joe Biden’s offer for sending US experts to join Polish teams.

He said he was in touch with the NATO allies and had held phone conversations with NATO Secretary General Jens Stoltenberg, US President Joe Biden, UK Prime Minister Rishi Sunak, and German Chancellor Olaf Scholz.

The suspected missile attack occurred in eastern Poland's village of Przewodow, located a few kilometers from the border with Ukraine.

The explosion occurred 500-600 meters from a primary school. The area near the explosion site has been cordoned off.

Speaking to reporters after meeting with some world leaders during his final day at the G-20 Summit in Bali, Indonesia, Biden offered his sympathies for the two people killed in the explosion.

When asked if the missile was from Russia, he said: "There is preliminary information that contests that. I don’t want to say that until we completely investigate. It’s unlikely in the lines of the trajectory that it was fired from Russia."