North Ireland reveals its plan for match against Azerbaijan 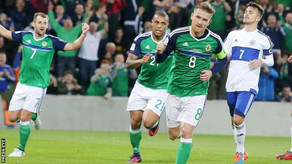 Michael O'Neill told that they will host New Zealand at Windsor Park in Belfast in international friendly game. The British manager said the game comes to good time for them. He told that it will help them to have players fit for game with Azerbaijan. "The players will need a game at that time as some of their seasons will have finished as early as the end of April," said North Ireland manager MIchael O'Neill. "We'll use it sensibly and get as many of the squad on the pitch as possible." According to the manager, the game with All Whites is a good chance for physical and tactical preparation before trip to Azerbaijan.

48-year-old specialist told that they schedule training camps to the period after New Zealand game. But they still haven’t decided the country where they will hold training sessions.

Notably, New Zealand prepares for Confederation Cup in Russia to kick off on June 17, where they will play with Russia, Portugal and Mexico at group stage. Azerbaijani national team will host brits at Bakcell Arena. North Ireland and Azerbaijan share 2-3 places with 7 points each after 4 games at group C.