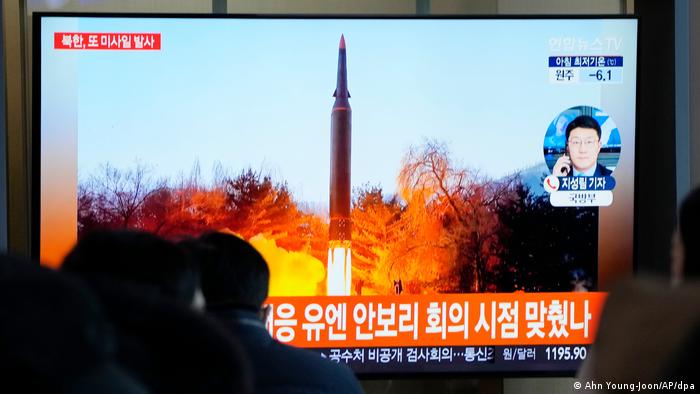 North Korea has fired a suspected ballistic missile, less than a week after it launched what it claimed was a hypersonic missile, News.Az reports citing BBC.

It comes shortly after six countries issued a statement urging the North to cease its "destabilising actions".

"Our military detected a suspected ballistic missile fired by North Korea from land towards the East Sea," South Korea's Joint Chief of Staff (JCS) said, adding that intelligence authorities from South Korea and the US were in the process of conducting a detailed analysis.

The latest launch underscores North Korean leader Kim Jong-un's pledge to bolster the country's defences as part of its policy priorities for 2022, which were outlined during a key meeting in December.

On Monday, the US mission to the United Nations, joined by France, Ireland, Japan, the United Kingdom, and Albania, issued a joint statement condemning last week's apparent test.