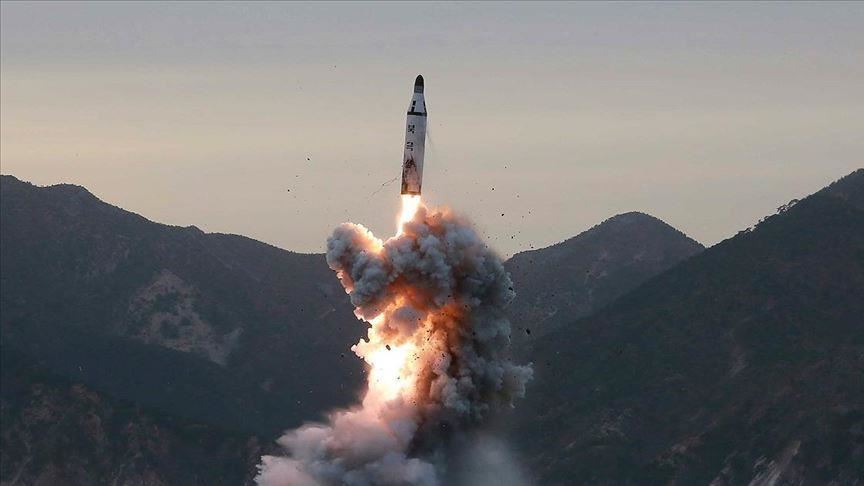 North Korea fired two short-range missiles at the weekend, U.S. and South Korean officials said, but Washington played down the first such tests under President Joe Biden and said it was still open to dialogue with Pyongyang.

The North Korean activity involved weapons systems at the low end of the spectrum that were not covered by U.N. Security Council testing bans, two senior officials of the Biden administration told a briefing call on Tuesday.

Seoul had detected signs a test was imminent and was monitoring it in real time, a JCS official told reporters on Wednesday. The JCS reports North Korea’s testing of advanced weapons such as nuclear bombs and ballistic missiles nearly in real time but not some tests of lower grade, shorter range weapons.

But Biden downplayed the latest activity, saying “nothing much has changed,” while one senior official said it was “normal” testing and warned against “hyping” it.

“No, according to the Defense Department it’s business as usual. There’s no new wrinkle in what they did,” Biden told reporters upon his return from a visit to Ohio, when asked if the test was a provocation.

The Pentagon declined comment on the test, which was first reported by the Washington Post. North Korea’s mission to the United Nations did not immediately respond to a request for comment.

The test came just days after U.S. Secretary of State Antony Blinken vowed to work to denuclearize North Korea and criticized its “systemic and widespread” human rights abuses while in Seoul with the U.S. Defense Secretary.