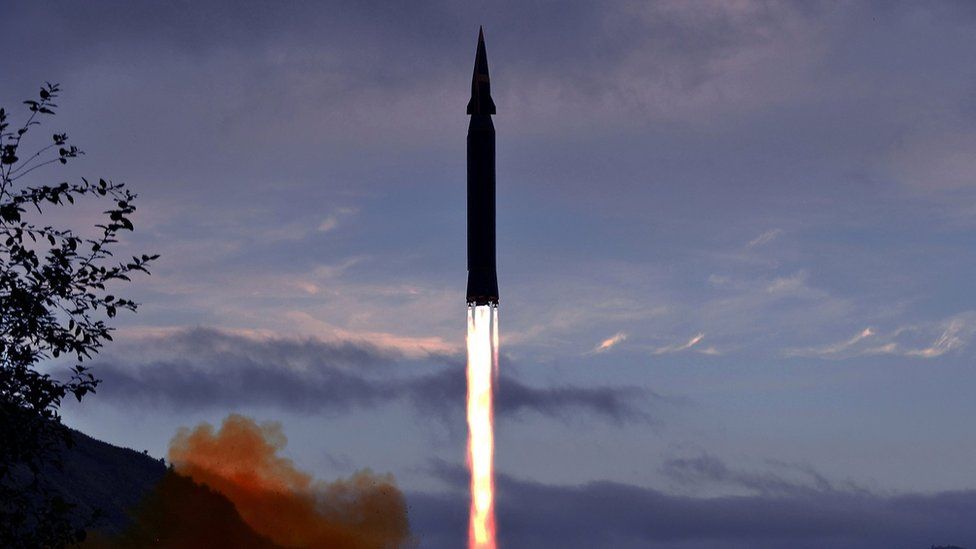 State media said the new missile was one of the "five most important" new weapons systems laid out in its five-year military development plan.

They called the missile a "strategic weapon", which usually means it has nuclear capabilities.

Tuesday's launch is another indication of Pyongyang's growing weapons technology amid strict sanctions.

"The development of this weapons system...[has increased] the nation's capabilities for self-defence in every way," North Korean state news outlet KCNA said.

The latest launch also marked the country's third missile test this month. It has already revealed a new type of cruise missile, as a well as a new train-launched ballistic missile system.

Hypersonic missiles are much faster and more agile than normal ones, making them much harder for missile defence systems to intercept,

KCNA said the test launch confirmed the "navigational control and stability of the missile".