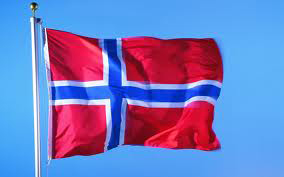 Norway, like the rest of the international community, does not recognize the independence of the so-called Nagorno-Karabakh Republic, as well as the “referendum

The so-called referendum is being held on Feb. 20 in Azerbaijan’s Nagorno-Karabakh region, occupied by Armenia, Trend reports.

“Norway supports the territorial integrity of the Republic of Azerbaijan and the efforts of the OSCE Minsk Group to facilitate a peaceful solution to the Nagorno-Karabakh conflict,” reads the message.

Earlier, Azerbaijan’s Foreign Ministry said the illegal “referendum” constitutes a clear violation of the Constitution of the Republic of Azerbaijan and the norms and principles of international law, and, therefore, has no legal effect whatsoever.

The ministry reiterated that the illegal regime established by Armenia in the occupied territories of Azerbaijan is ultimately nothing other than the product of aggression and occupation.

“This provocative step, as well as Armenia’s attempts to change the name of the Nagorno-Karabakh region, the integral part of Azerbaijan, is yet another clear manifestation that Armenia is not genuinely interested in seeking a political settlement of the armed conflict,” added the ministry.