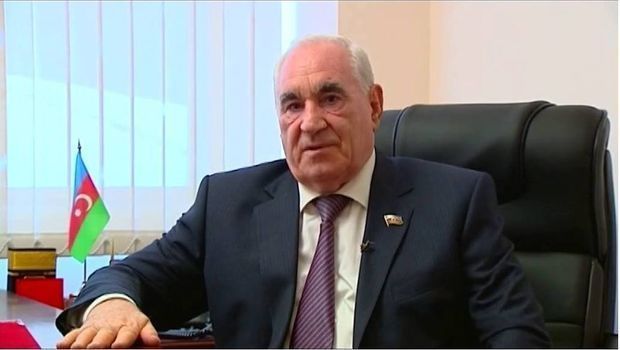 Heydarov, who also chairs the Council of Elders of Azerbaijan, made the remarks at the international conference on the theme “Armenia’s military aggression on Azerbaijani territories: Losses and casualties”, held in Baku Feb. 22, APA reported.

The MP said this is the damage caused by the destruction of man-made properties.

“Moreover, the Azerbaijani people have suffered enormous moral damage as well. However, after coming to power in the country, national leader Heydar Aliyev expressed willingness to solve the conflict peacefully. Heydar Aliyev’s policy is being continued by the country’s current President Ilham Aliyev,” he said.

“World leaders’ appealing to our president and asking him about his views at the Munich conference proved that we are following the path of peace and tranquility. We have chosen to continue following this path of peace in the face of all these material and moral losses,” said Heydarov, noting that Azerbaijan wants the Nagorno-Karabakh region and the seven surrounding districts to be returned through negotiations.

“The presidential order on the restoration of Jojug Marjanli shows that we will restore our territories and our people will return there. Furthermore, Azerbaijan is ready to ensure the security of all nations living in those lands, including the Armenian people. That is the way of our president”, he added.

Heydarov noted that the world is experiencing complicated processes.

“Processes accompanied by economic troubles and wars are everywhere. Today mankind should think that big massacres have always been caused by the Armenian factor. This factor must be prevented. They again intend to create a wartime atmosphere. The international community should unite their efforts and react to the aggressors”, he said.