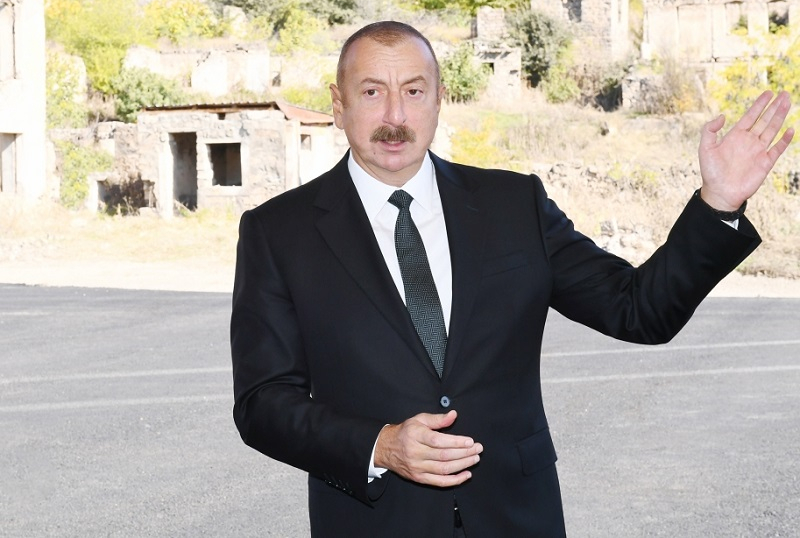 Today, October 25, is a significant and landmark day in the history of Gubadli district, said Azerbaijani President Ilham Aliyev as he met with members of the district general public on Monday, News.Az reports.

The head of state said that exactly a year ago, the Azerbaijani army liberated Gubadli from the Armenian occupation, and from now on, October 25 will be celebrated in the country's history as the Day of Eternal Victory.

Extending his sincere congratulations to Gubadli residents and the people of Azerbaijan, President Aliyev emphasized the significance of Gubadli’s liberation for the sunsequent course of the war.