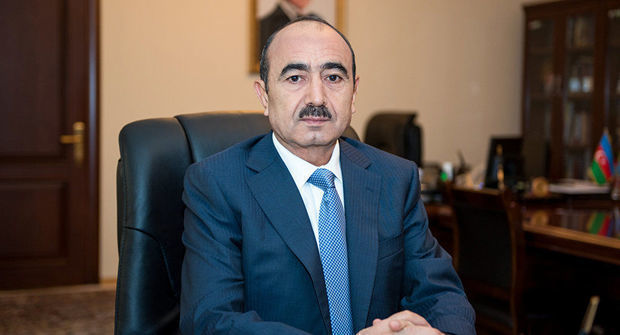 Azerbaijan has friends, such as Turkey, Pakistan, Saudi Arabia and others, which don’t recognize Armenia and don’t build diplomatic relations with it.

A short-term scientific awareness course on Armenia’s territorial claims against Azerbaijan and the stages of its aggressive policy for media representatives has come to an end.

The course was held by the Public Association “Karabakh Research Center” on June 13-19 with the support of the State Council of Support to Non-Governmental Organizations under the President of the Republic of Azerbaijan, APA reported.

On the last day of the course, the Azerbaijani president’s aide for public and political affairs, Ali Hasanov, spoke on the policy of the Azerbaijani state towards the resolution of the Armenia-Azerbaijan Nagorno-Karabakh conflict.

Hasanov noted that the main goal of the course, organized by the PA “Karabakh Research Center”, is to familiarize Azerbaijani journalists will all the details of Armenia’s policy of ethnic cleansing, genocide and aggression against Azerbaijanis, which has been going on for more than 200 years.

The president’s aide said that the Armenian factor has always been a political instrument, a weapon in the hands of large empires, and from time to time they used this weapon to achieve their own goals.

Hasanov pointed out that Azerbaijan’s just stance on the Armenia-Azerbaijan Nagorno-Karabakh conflict is being conveyed to the whole world.

“The Azerbaijani state, with Ilham Aliyev as its president, has over the past 10 years called on all international organizations over the Armenia-Azerbaijan Nagorno-Karabakh conflict. As a result, Azerbaijan’s stance on the conflict has won support from all international organizations which it is a member of or it cooperates with. At this point, it’s worth noting the Organization of Islamic Cooperation, which, at almost all summits, has recognized Armenia as an aggressor, confirmed the fact that Azerbaijan’s occupied territories have been occupied, and called for the withdrawal of Armenian troops from Azerbaijani lands,” he said.

Hasanov added: “The Non-Aligned Movement too supported the resolution of the Nagorno-Karabakh conflict within Azerbaijan’s territorial integrity. The Council of Europe, the OSCE, the European Parliament, and other organizations we are a member of or we cooperate with have recognized the fact of occupation and called for the withdrawal of Armenian troops from our lands.”

The presidential aide pointed to the four UN Security Council resolutions which call for an unconditional withdrawal of Armenian troops from the occupied Azerbaijani territories.

“Unfortunately, in the current situation of international relations with multiple standards, there is no international organization and country which exert serious pressure against Armenians to withdraw from the occupied territories”, Hasanov said.

He recalled that Azerbaijan has friends, such as Turkey, Pakistan, Saudi Arabia and others, which don’t recognize Armenia and don’t build diplomatic relations with it.

According to him, it will be possible to build relations with Armenia only after the occupied territories are liberated, the refugees and internally displaced persons return to their native lands and peace and stability are completely restored in the region.

At the end, the course participants were presented with certificates and books about the Nagorno-Karabakh conflict.