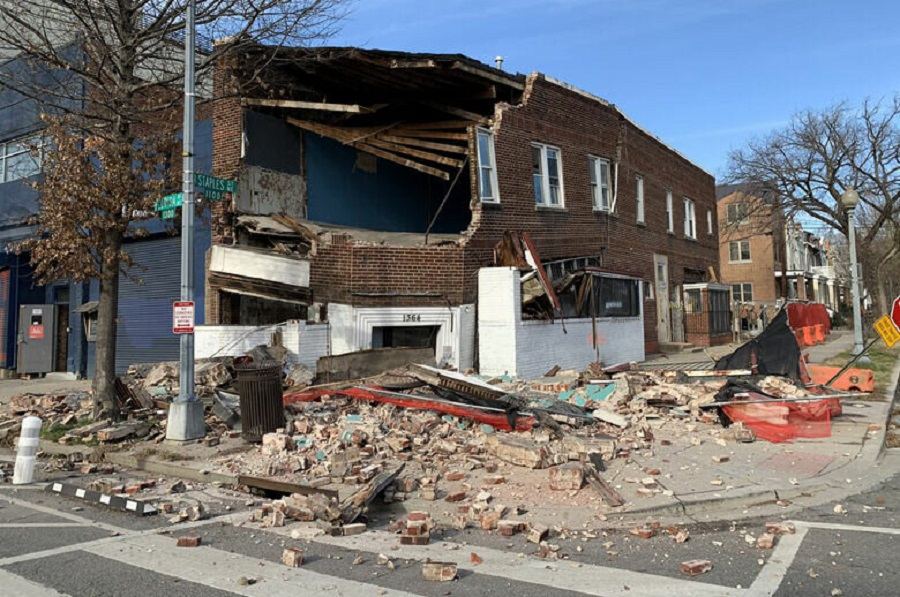 Search and rescue crews were attempting on Thursday to free a construction worker trapped inside a partially-built five-story building that collapsed during a rain storm in Washington, Reuters reported.

Four other construction workers were removed from the debris shortly after the building in the U.S. capital came down at about 3:30 pm (1930 GMT), said John Donnelly, assistant chief of D.C. Fire and EMS.

The rescued workers were taken from the scene about 5 miles (8 km) north of the Capitol building to a local hospital. They had non-life-threatening injuries, Donnelly said.

The trapped worker was conscious and in contact with fire crews as they sought to free him from the rubble, Donnelly said, adding: "We are talking to him and I view that as a good thing."

Images showed dozens of firefighters swarming over piles of wood left behind by the collapse, using saws and heavy equipment to move large pieces.

Last week, a condominium tower collapsed in Surfside, Florida as most residents slept. Searchers there have recovered 18 bodies and say another 145 people remain missing.

President Joe Biden traveled to the scene of the 12-story Champlain Towers South in Florida on Thursday.