One year passes since Tovuz battles 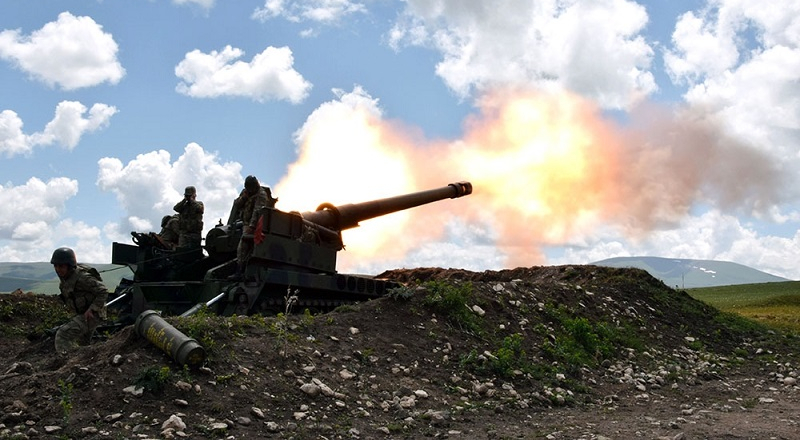 A year has passed since the day when Armenia's armed forces grossly violated the ceasefire regime and tried to attack Azerbaijan's state border in the direction of Tovuz region to seize strategic positions.

During the fierce battles that lasted several days, the heroic soldiers and officers of the Azerbaijani army taught the enemy a worthy lesson, and crushing blows were inflicted on the invaders. The Armenian army was forced to retreat, suffering significant losses.

The Tovuz battles are another page in the glorious history of the Azerbaijani army. In July 2020, the Armenian army, Armenia's military and political leadership, which does not stop pursuing a policy of aggression, was taught a lesson, as a result of which the enemy will never forget this heavy defeat.

The cross-border clashes between Armenia and Azerbaijan started on July 12 noon after Armenian troops fired artillery at the Azerbaijani military position in Tovuz.

Azerbaijan lost 12 servicemen, including an army general in the clashes that lasted from July 12 to July 16. The Armenian armed forces, which have been shelling civilians in villages in Tovuz, killed an Azerbaijani civilian in the region's Aghdam village on July 14.

The cross-border clashes in Tovuz led Azerbaijan to its imminent victory in the 44-day Second Karabakh War (from late September to early November 2020).