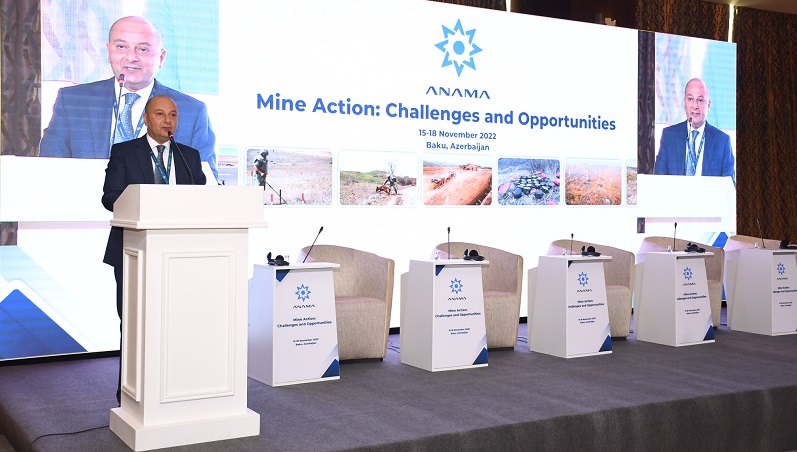 Since November 10, 2020, a total of 59,055 hectares of the liberated Azerbaijani territories have been cleared of landmines and unexploded ordnance, Vugar Suleymanov, Chairman of the Board of the Azerbaijan Mine Action Agency (ANAMA), said on Thursday, News.Az reports.

Speaking at an international event, entitled “Mine Action: Challenges and Opportunities,” Suleymanov noted that a total of 76,810 landmines and UXOs have been neutralized over the past period.

The ANAMA chairman also disclosed the victims of landmine explosions in the liberated Azerbaijani territories.

“After the Second Karabakh War, as many as 268 people were affected by landmine blasts, 44 of whom died,” he said.

Suleymanov stressed that the national priorities of Azerbaijan until 2020 envisage the demining of the country’s liberated territories and providing safe living there.