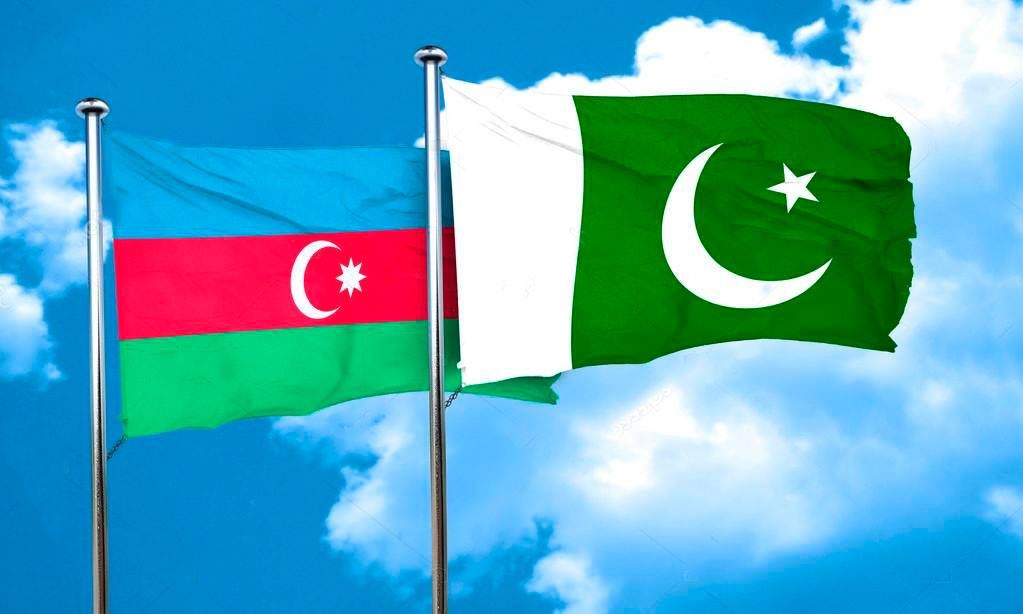 The Diplomat, an international magazine for the Asia-Pacific region, has published an article entitled “Pakistan and Azerbaijan: Deepening a Mutually Beneficial Relationship.”

“During the 16th century, the Mughal Emperor Humayun, who ruled a significant part of the subcontinent, wrote a letter to the Ottoman Sultan, Suleiman the Magnificent, complimenting him on his military, literary, and religious achievements. The same Humayun also fostered close ties with the Safavid Empire, an Iranian dynasty that ruled territories stretching from Georgia to the Arabian Sea. It is little surprise then that two of their respective successors, Azerbaijan and Pakistan, share an enduring diplomatic relationship.

Just this month, in a phone call with his Pakistani counterpart, Azerbaijan’s President Ilham Aliyev expressed his deep concern at India’s perceived human rights violations in Kashmir, stating “Azerbaijan considers Pakistan its close friend” and will “continue to support it” at every forum. Unsurprisingly, Pakistan reciprocated President Aliyev’s comments, alluding to Islamabad’s support for Baku in its long-standing dispute with Armenia over Nagorno-Karabakh, a small enclave in the Caucasus that has been the scene of frequent conflict between the two states.

The two leaders also discussed the coronavirus pandemic and shortly after, Azerbaijan’s ambassador to Pakistan, Ali Alizada, visited a medical center in Islamabad. Alizada was pictured donating medical masks, food parcels, and other equipment. While the gesture may be small, the message, timing, and symbolism of Aliyev’s statement and Alizada’s actions are clear: Azerbaijan is one of Pakistan’s closest (and possibly its most enduring) allies among the former Soviet states. The close relationship is based on shared experiences and mutual benefit.

The similarities between the two countries are striking. Not only do they have a shared Persian-Turkic history (both have been part of the Ancient Persian, Turkic Timurid, and Iranian Safavid Empires), but they also have similar cultural, religious, and geopolitical outlooks. Baku State University has a well-established Urdu branch, teaching Azeri students the national language of Pakistan, while an online Azeri news agency recently launched in Pakistan. Both Pakistan and Azerbaijan are largely Muslim countries. Islamabad and Baku also have legitimate concerns about sectarian violence and militant Islam taking hold in their counties, particularly given Pakistan’s proximity to Afghanistan and Azerbaijan’s porous northern border with Russia’s Dagestan.

Perhaps because of this, their geopolitical outlook is also similar. Both countries have been careful to avoid being drawn into regional conflicts, particularly in Syria and the wider Middle East. In addition, Baku has a delicate balancing act to play in Syria, seemingly stuck between anti-Assad Turkey to its west and pro-Damascus Russia to its north. Baku’s relationship with Istanbul is well documented, particularly given Turkey’s own dispute with Armenia and its subsequent support for Azerbaijan’s claims over Nagorno-Karabakh. However, Baku cannot risk alienating Russia; its trade with Moscow increased by almost 23 percent in the first seven months of 2019. Just this month, Azerbaijan’s president was speaking fondly of Azerbaijan-Russia ties and their shared sacrifice in the Great Patriotic War, as World War II is known in the states of the former Soviet Union. Pakistan’s situation in Syria is similar, as it finds itself diplomatically sandwiched between two countries (Saudi Arabia and Iran) that have different aims in Syria and the wider region.

It is clear from President Aliyev’s recent statement that Pakistan and Azerbaijan have a strong bilateral relationship, but where do they go from here and can an already strong relationship continue to deepen? One area they can develop further is in the military sphere. In 2018, members of the Pakistani Armed Forces actively discussed military and defense cooperation, culminating in Baku expressing an interest in purchasing Pakistan’s new JF-17 Thunder fighter jet. The JF-17 is a joint enterprise between Pakistan and China and Baku’s expression of interest in the JF-17 Thunder also hints at another possible benefit of Azerbaijan’s Pakistan policy, namely, utilizing its bilateral relationship with Pakistan to cement ties with Islamabad’s “all weather ally,” Beijing.

Late last year, Azerbaijani Deputy Prime Minister Shahin Mustafayev expressed his support for China’s flagship Belt and Road Initiative (BRI), explaining how Azerbaijan’s own Baku-Tbilisi-Kars railway can facilitate “attractive” and “more reliable shipping” between China and Europe. Pakistan is also a major player in the BRI project and is well placed to facilitate closer diplomatic relations between Baku and Beijing. Pakistan can also help Azerbaijan’s accession to important regional bodies, including the Shanghai Cooperation Organization. In return, Azerbaijan’s unwavering support for Pakistan is essential for Imran Khan’s government and Baku’s repeated attempts to raise the Kashmir issue are a PR coup for Islamabad.

Furthermore, Pakistan’s other Eurasian ally, Turkey, also continues to express its support for Islamabad. Just prior to the coronavirus epidemic, Turkish President Racep Tayyip Erdogan declared there was no difference between the struggles of the Turkish War of Independence and the contemporary situation in Kashmir. Turkey is an important ally of Pakistan and Islamabad’s ties to Baku, Ankara’s long-term ally, will only strengthen the Pakistan-Turkey-Azerbaijan axis.

However, for all their shared aims, warm words and “brotherly love,” there is no denying the two countries face several hurdles. Recently, Azeri business groups expressed a desire to expand economic ties with India, stating Azerbaijan’s industrial parks could work closely with Indian companies to help New Delhi extend its economic influence in the agriculture, pharmaceutical, and leather industries. Furthermore, for all their expressions of common interest, both culturally and geopolitically, there are no direct flights between Pakistan and Azerbaijan. Azerbaijan’s national carrier, AZAL, did run a service between Baku and the Pakistani port city of Karachi, but it was discontinued in the mid-2000s. In stark contrast, in 2019, AZAL opened up a new route to India’s capital, New Delhi, something that is bound to raise eyebrows in Islamabad.

There is an age-old adage that money talks and there is no denying that the economic pull of India, the world’s fifth largest economy, is significant for Azerbaijan. In 2018, Baku’s trade with New Delhi was around $922 million. In comparison, its trade with Pakistan was a mere $10 million, and this imbalance is unlikely to change anytime soon. Bilateral trade between Azerbaijan and Pakistan also raises further questions about the actual strength of their current relationship. However, their mutual support for each other over territorial disputes, a shared geopolitical outlook, and the possibility of leveraging each other’s bilateral relationships means for the foreseeable future at least, Azerbaijan will remain one of Pakistan’s most enduring former Soviet allies.”