Pakistan calls on Russia, Ukraine to engage in dialogue: Ambassador 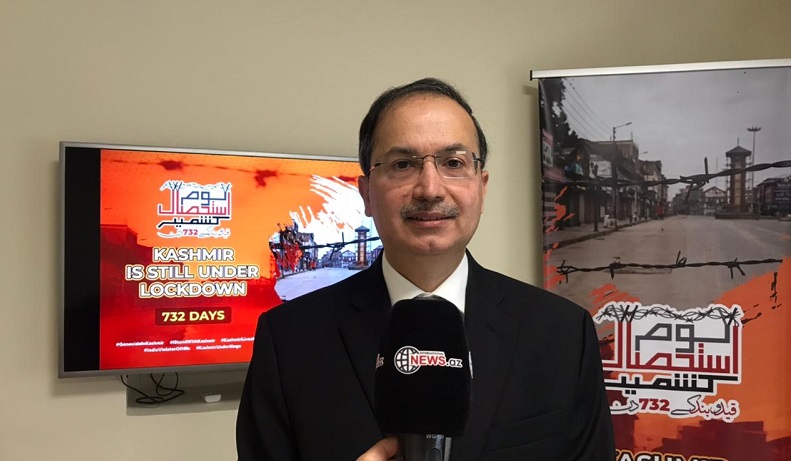 Islamabad urges Moscow and Kyiv to engage in dialogue, Pakistan’s ambassador to Azerbaijan told journalists on Saturday, a correspondent of News.Az reports.

Ambassador Bilal Hayee said Pakistan favors the solution of all conflicts through negotiations and dialogue.

The diplomat also pointed to a possible impact of the ongoing global developments on Islamic countries.

As for OIC’s stance on the Moscow-Kyiv conflict, Ambassador Hayee said the organization is mandated to react to what is happening in Islamic countries.

“Russia and Ukraine are not Islamic countries and not members of OIC. However, this issue is likely to be discussed during the upcoming meeting of the OIC Council of Foreign Ministers in Islamabad because the tensions between Russia and Ukraine can affect some member states,” he added.