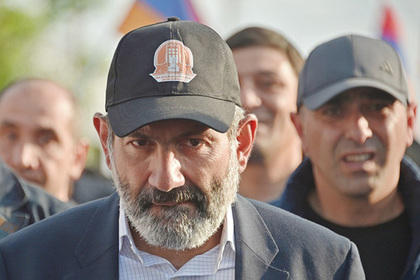 The OSCE Minsk Group should condemn the visit by Armenian Prime Minister Nikol Pashinyan to Nagorno-Karabakh region of Azerbaijan, and adopt a statement that this inflicts a blow to the negotiation process, political analyst Nazakat Mammadova told Trend March 14.

She said that Pashinyan’s holding a meeting of the Armenian Security Council in Khankandi city took place against the background of the appeal by the OSCE MG about the inadmissibility of changing the format of the negotiations, an unsuccessful visit to Brussels and large-scale military exercises conducted by the Azerbaijani army.

The political analyst believes that Pashinyan wants to compensate for his diplomatic failure by holding a meeting in a foreign land.

Pashinyan said that Armenia gives a guarantee for the safety of Karabakh Armenians, Mammadova noted.

“However, the status of the state guarantee is regulated in international law by special rules, and Pashinyan’s statements are nonsense,” she added. “Moreover, Armenia itself needs someone to give it a guarantee, because it burned the bridges with Russia, which was the main guarantor of its security, and couldn’t win the confidence of the EU and the US. Under these conditions, Armenia, trapped in the grip of a political, economic and demographic crisis, has neither sufficient potential nor legal basis to be a guarantor for Karabakh Armenians.”

She stressed that Azerbaijan can give a security guarantee to Karabakh Armenians because Nagorno-Karabakh is the territory of Azerbaijan.

“The OSCE Minsk Group should bring this to Pashinyan’s attention,” she said. “Holding a meeting by the Armenian prime minister in Karabakh against the background of exercises showing Azerbaijan’s military power is an attempt of unsuccessful, inadequate and pitiful demarche.”