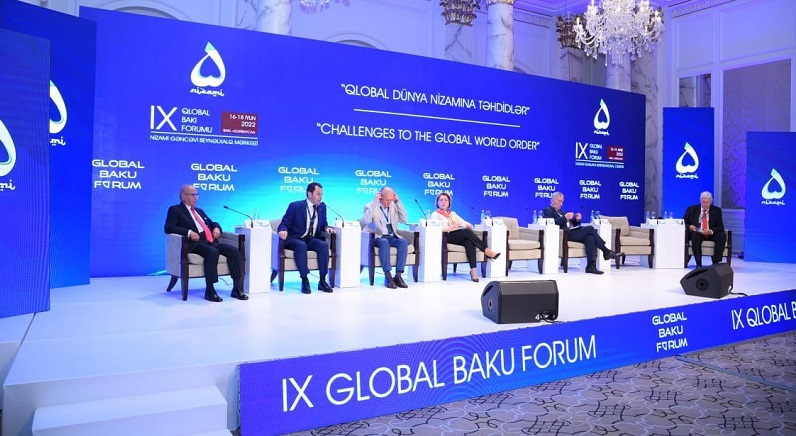 Another panel session on “Peace, Cooperation and Integration in South Caucasus” was held Friday as part of the 9th Global Baku Forum under the motto “Challenges to the Global World Order” that kicked off in the Azerbaijani capital on Thursday, News.Az reports.

The post-conflict situation in the region, the restoration of the liberated Azerbaijani territories and the process of normalization of Baku-Yerevan relations were discussed at the event moderated by former Latvian President Valdis Zatlers.

The former Georgian prime minister, Eka Tkeshelashvili, noted that the liberation of Azerbaijani territories from the Armenian occupation open up new opportunities for peace and cooperation.

The former Turkish foreign minister, Hikmet Cetin, in his speech touched upon the process of normalizing relations between Turkiye and Armenia.