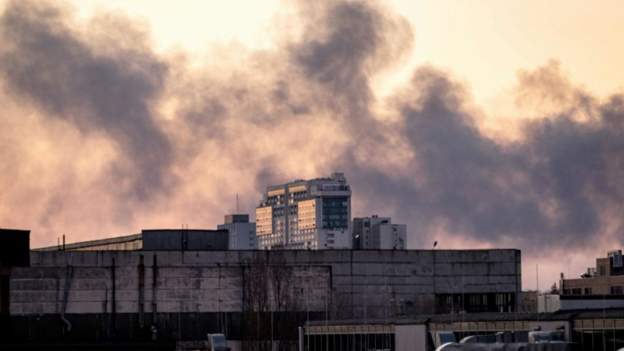 The US Defence Department says that the Russian advance into Ukraine has essentially stalled, News.az reports citing BBC.

"They clearly were not prepared for them to be in the position they are three weeks in – basically frozen around the country on multiple lines of axes, struggling to fuel themselves and to feed their troops and to supply them with arms and ammunition and meeting a very determined Ukrainian resistance," a senior official said on Thursday.

Russian forces have had one recent success: capturing the beleaguered eastern town of Izyum.

But the Pentagon believes that morale is low in some Russian units, hampered by poor leadership and a lack of information.

According to the official, invading forces have discussed resupply and resourcing issues - a sign they are concerned about longevity - but have not brought in any new troops or resources yet.