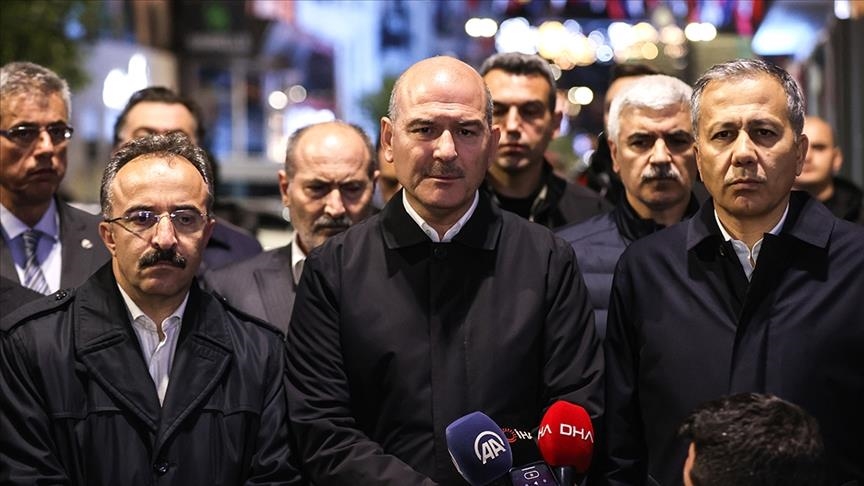 “Our assessment is that the order for the deadly terror attack came from Ayn al-Arab in northern Syria, where the PKK/YPG has its Syrian headquarters,” said Soylu.

He reiterated that Türkiye will continue with its resolute and rightful war on terror.

“We will retaliate against those who are responsible for this heinous terror attack,” he added.

Soylu confirmed that eight people were killed and 81 were injured in the attack.

Fifty of the injured were released from hospitals, while five are in intensive care units, he said.

Also, two of the injured are in critical condition, he added.

In its more than 35-year terror campaign against Türkiye, the PKK – listed as a terrorist organization by Türkiye, the US and the European Union – has been responsible for the deaths of more than 40,000 people, including women, children and infants. The YPG is its Syrian offshoot.