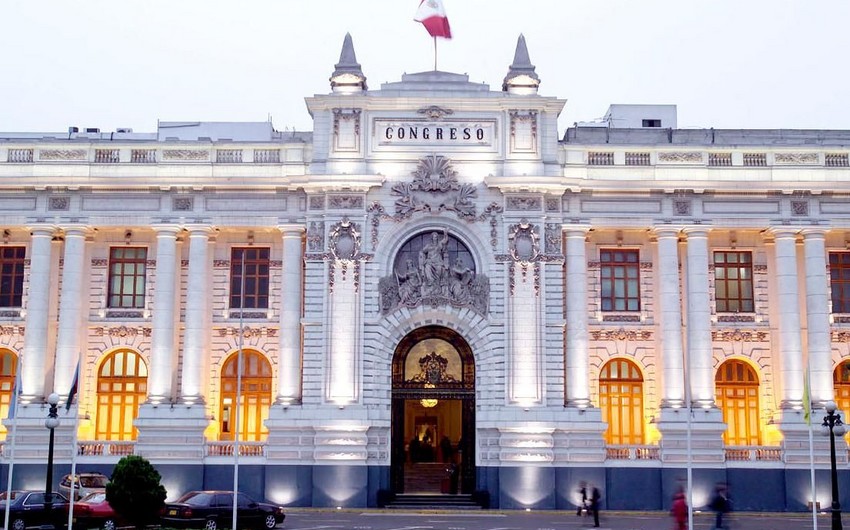 The Peruvian Congress has adopted a statement on the occasion of September 27 – Day of Remembrance in Azerbaijan, the Embassy of Azerbaijan in Mexico told News.Az.

The statement was adopted at the initiative of Jose Enrique Ore, a member of the Peruvian Congress.

The document notes that in 2020, the Azerbaijani Armed Forces responded to the provocative steps of the Armenian side to prevent new military aggression and ensure the security of the civilian population. Thus, a 44-day war began and put an end to the aggressive policy of the country.

According to the statement, after the 30 yearlong occupation of Azerbaijan's internationally recognized territories by Armenia, Azerbaijan has restored its territorial integrity and created a condition for the safe and dignified return of about one million Azerbaijani IDPs to their homes, securing their fundamental rights.

The statement further stresses that on September 27, Azerbaijan celebrated the Day of Remembrance, announced by order of President Ilham Aliyev to commemorate the soldiers and officers who died heroically in the Patriotic War of Azerbaijan. It is said that Remembrance Day is an important date in Azerbaijan, as it marks the beginning of a new era in the country's history, changes the realities in the region, and restores international justice.

In the end, the Peruvian congress extended deep condolences to the people of Azerbaijan in memory of all the martyrs who fought for the freedom of their homeland. 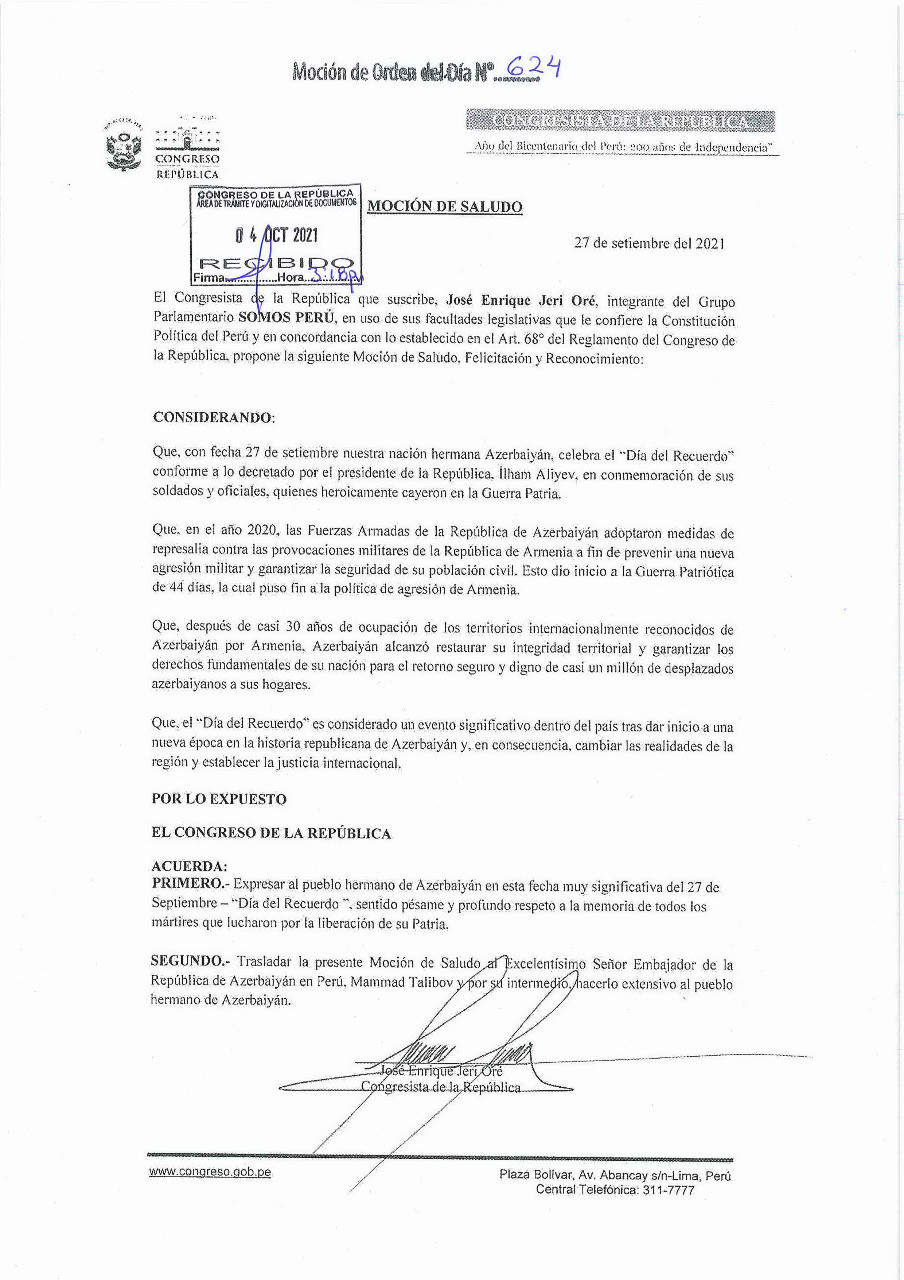